Former AG denies allegations against her in safari rape case 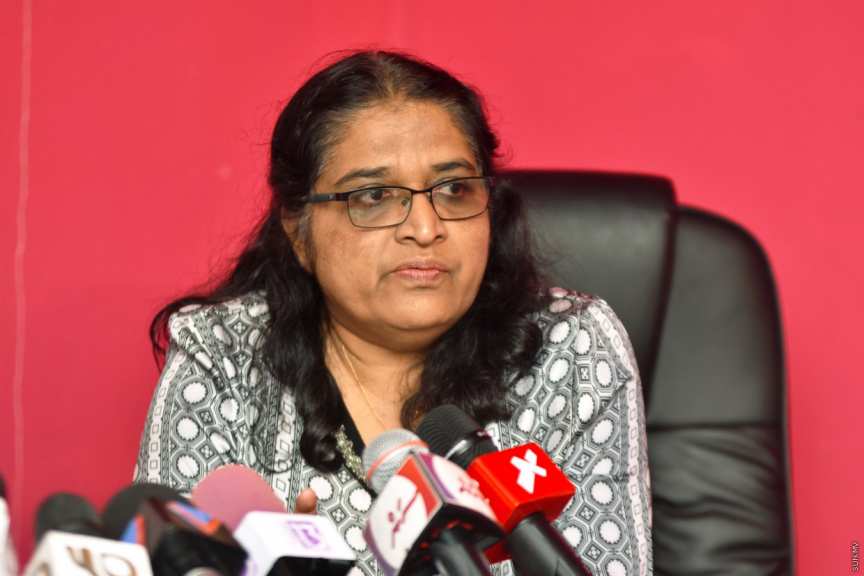 Former Attorney General Azima Shakoor accused by Mendhuru Online, an unregistered online local newspaper that reported the safari rape case, has denied the allegations made by the newspaper.

Mendhuru Online initially published a version of events that stated that it was the victim’s narration of events. The safari rape case involves the alleged rape of a foreigner on a safari boat in Hulhumale’ on June 25.

Police initially arrested two locals aged 39, before releasing them, which caused massive public outrage. Police have not disclosed much about the case since then.

The initial report by Mendhuru Online read that the two perpetrators behind the incident had powerful political connections and threatened the foreign national.

To read the full coverage of events in the safari rape case, click here.

Police had later said that the incident reported by Mendhuru Online was very different to the series of events that had come to light as part of the investigation. The foreign national had not spoken to any local media and police even said that the victim was ready to bring legal action against the newspaper for the false account.

However, Mendhuru Online initially defended its report of the incident and even said that it could prove this to be true.

The newspaper yesterday, retracted the version of the events and issued a statement saying that it had been misinformed by the Azima.

The statement read that the newspaper was informed in a trustable manner by the former AG, who had informed that the events were being narrated on behalf of the victim herself. After speaking with the victim on the phone for a short period of time, Azima allegedly took over the call by saying that the victim was facing difficulty in speaking due to the nature of the ordeal.

The newspaper said that with further inquiry, it had learned that what happened on the safari was not a rape and  “was blown out of context as a rape case, due to the political connections of those involved, and to politicize the whole ordeal”.

The paper said that it was “misled” and “sunk into politics”, before apologizing to those involved in the case and the public.

In a post on her Facebook page, Azima said that she absolutely denied the allegations and that she would pursue legal action against the paper. She questioned whether how she provided the information and who she spoke with if she was the one to provide the information.

Police are investigating the misleading reporting of the incident by Mendhuru Online.

First local to graduate in law from Oxford