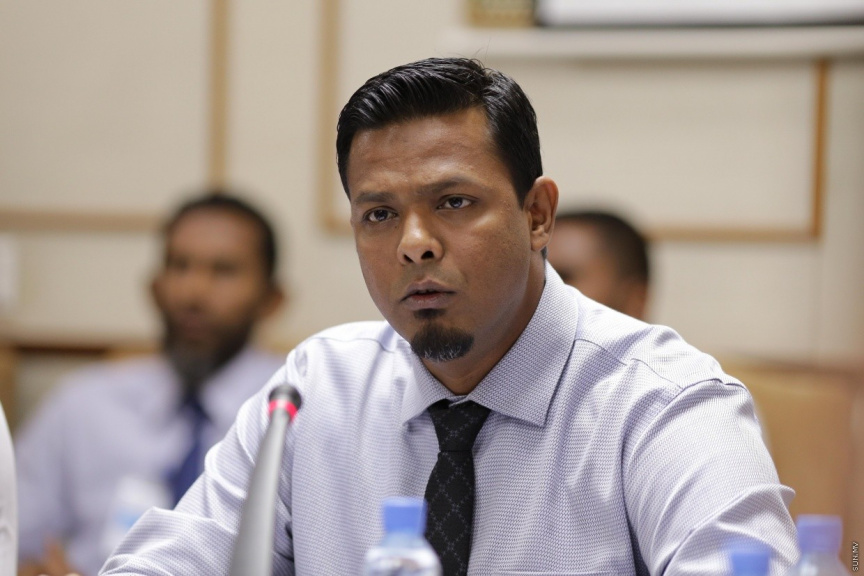 Auditor General Hassan Ziyath during a meeting of the Budget Committee at the Parliament on November 13, 2016. (Sun Photo/Fayaz Moosa)

Auditor General Hassan Ziyath has ordered for an investigation into the award of R. Kudakurath to Dheebaja in 2010, an island more than twice the size as had been agreed to the company under a contract for ferry transport services in northern provinces.

The contract between the State and Dheebaja for establishment of ferry services in four northern provinces (N. Atoll, R. Atoll, B. Atoll, and Lh. Atoll) was signed on February 1, 2010, during former Maldivian President Mohamed Nasheed’s administration.

The contract was later terminated by the State citing lack of progress in the project on May 30, 2013.

The State’s decision to terminate the contract was deemed unlawful by the Civil Court in 2014, and the court ordered a MVR 348.10 million in compensation to Dheebaja.

Though overturned upon appeal by the High Court, the original ruling by the Civil Court was upheld upon appeal at the Supreme Court in April 2019.

The Board of Dheebaja later asked the Attorney General’s Office for peaceful resolution to the issue, and the case was sent to the Settlement Committee, which recommended a settlement of MVR 174 million.

The decision was later submitted to the Supreme Court following public backlash.

The Auditor General’s Office released its special audit report on the ferry transport project this Wednesday.

The Auditor General’s Office noted in the report that while it was stipulated in the contract that Dheebaja would receive 15 hectors of land from an uninhabited island to develop as a tourist resort or hotel, the company had been awarded 37.6 hectors (including the land and lagoon area) of R. Kudakurath under the lease agreement signed on May 5, 2010.

The Auditor’s Office found it could involve corruption, and has instructed an investigation.

“An investigation is instructed as the government awarded a more sizable piece of land than agreed, which is an additional benefit outside of the contract, leading to reason to believe it could involve corruption,” reads the report.

The Auditor General’s Office said in the report that Dheebaja breeched the contract with the State with its failure to establish ferry services as agreed, and found the State had been within its rights to terminate the contract.

It has instructed against providing monetary compensation to Dheebaja.

The MVR 174 million compensation recommended by the Settlement Court was put on hold following the decision to petition for a review of the decision with the Supreme Court. While the court has accepted the petition, it has yet to initiate proceedings.