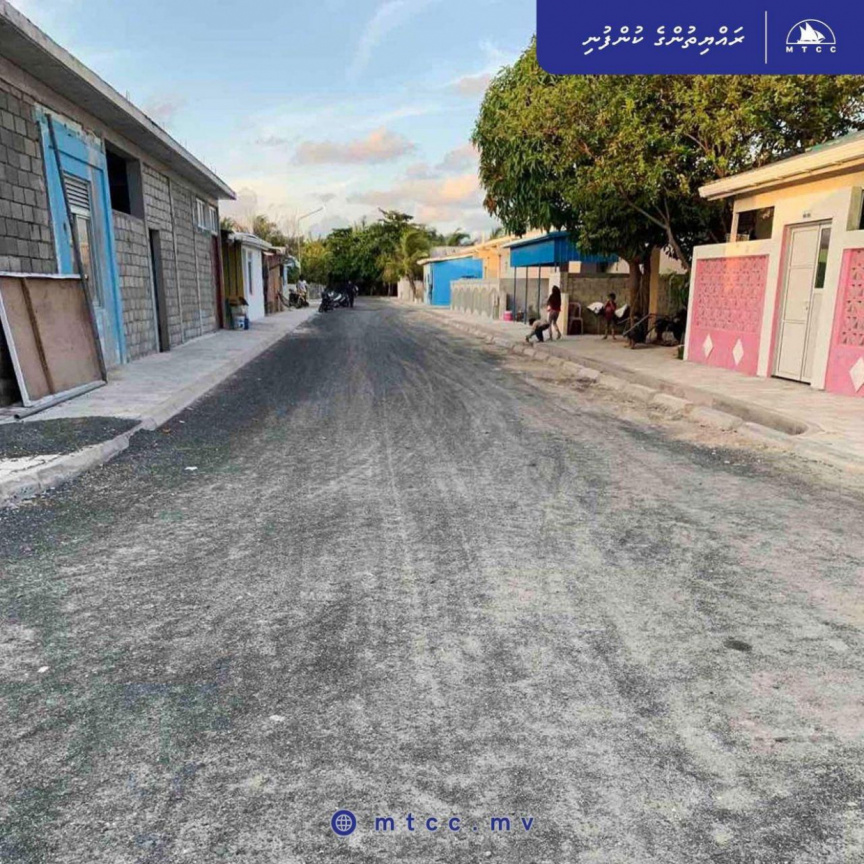 Maldives Transport and Contracting Company (MTCC) has announced that 67 percent of the road development project in R. Dhuvaafaru was complete.

Work to establish lighting systems and drainage systems would also be commenced as part of the project which is expected to cost around MVR 47.04 million.