Speaker Nasheed on residence visa: I did not propose any such amendment 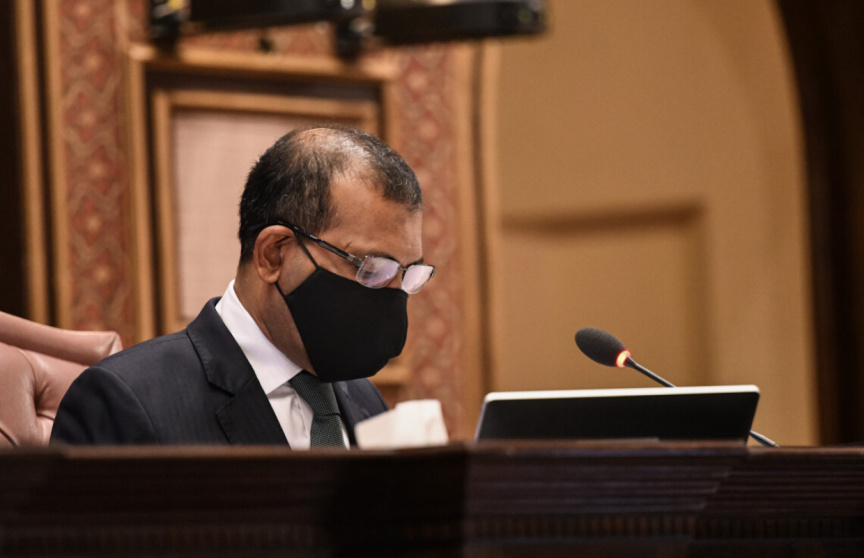 Speaker of the Parliament Mohamed Nasheed has said that he had not proposed any amendment to the Immigration bills in the parliament to grant residence visas for foreigners making an investment above MVR 100,000, renting or leasing a residence for more than 10 years, or marrying a Maldivian.

“I have not presented any amendment to any Committee. I think it was the Committee chair that provided that information. However, I am saying very clearly to the honorable parliamentarians, that there is no amendment from me, even if you check with the administrative desk.” Said Nasheed who also noted that the regulations did not permit him to propose any such amendment.

He also added that he was not aware of how the figures in the proposed residence visa were designated. He noted that during the debate for the bill by MPs, figures of around USD 100,000-1 million were proposed.

Nasheed also said that it was the responsibility of the Speaker to see if the Committee assessment report included the issues spoken about by the parliamentarians during the first reading. The public opinion, related institution’s recommendations as well as the points spoken about by MPs are also to be taken into account by the Committee.

“I requested to reconsider the bill since the items spoken on the Committee were not included in the assessment report. I believe that the Committee is now working on it again. During this phase, some MPs began to notice that the provision of permanent residence was very much connected with our nationalism.” Said Nasheed.

The amendment had garnered stern criticism from members of the public who oppose such a move and even some MPs of MDP have spoken out about it.