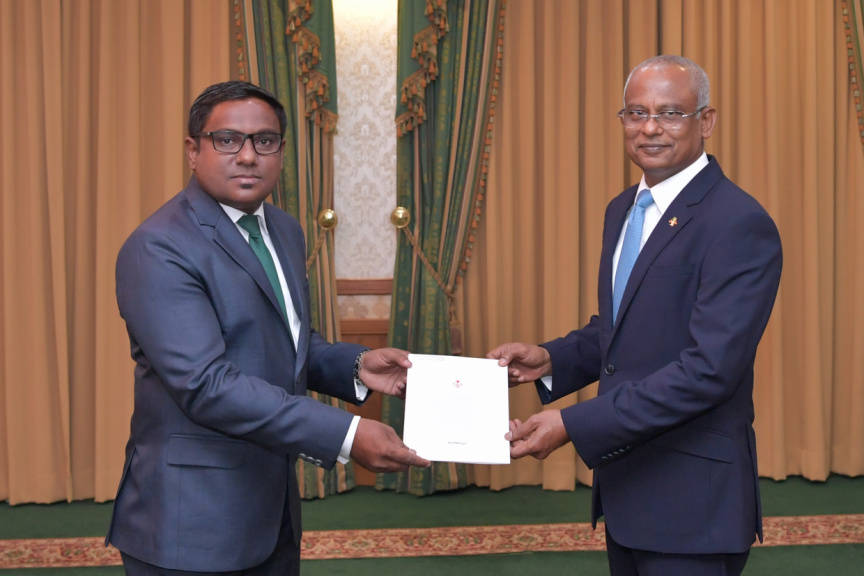 Amjad Mustafa (L) is presented with his letter of appointment as president of Employment Tribunal by President Ibrahim Mohamed Solih (R) on March 16, 2020. (Photo/President's Office)

Amjad Mustafa has resigned from his position as the president of Employment Tribunal.

Amjad told Sun he tendered his resignation on Thursday.

When asked for the reason for his resignation, Amjad responded that it was due to “some internal issues.”

He did not elaborate any further.

Amjad holds a Master's Degree in Business Administration from Anglia Ruskin University (UK), in Sri Lanka, and a Bachelor of Arts in Shari’ah and Law from the Islamic University of Maldives.

Prior to his appointment to the Employment Tribunal, Amjad served as Elections Commission’s vice chairman and on the Board of Directors of Maldives Tourism Development Corporation (MTDC).