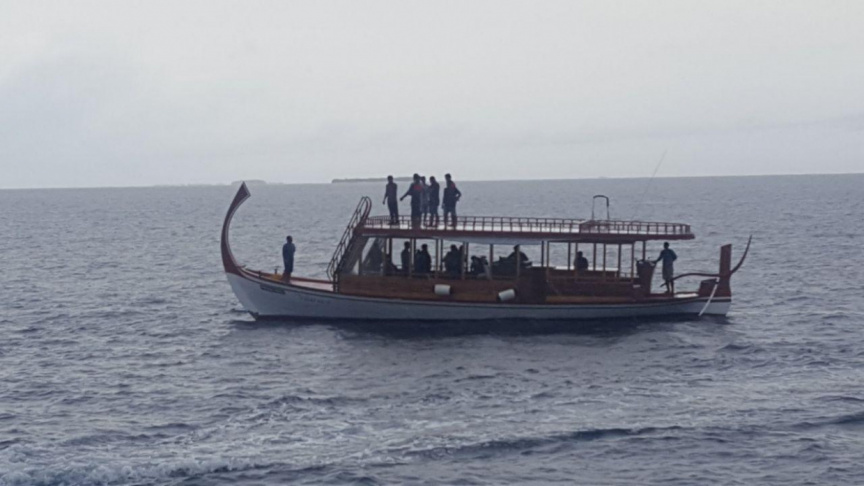 Maldives National Defense Force (MNDF) continues to search for a man reported missing on Friday from a boat which travelled from Male’ City to A. Dh. Mandhoo.

A MNDF spokesperson said on Saturday that it continues to search for the missing man, but that no sign of him has been found, as of yet.

Ali Shah, 27, Raihvillage, A. Dh. Mandhoo, was reported missing at approximately 02:10 am on Friday. He was a passenger on ‘Rantheri’, which left the port of Male’ for his home island on Thursday night.

MNDF said that according to the boat captain, Shah had been on the boat when it entered the lagoon of Mandhoo, but was discovered missing once the boat harbored.

MNDF said Shah is believed to have gone missing at approximately 01:00 am.

He was wearing a brown plaid shirt and gray jeans when he went missing.

MNDF’s divers continue to search underwater, supported by the police from Mandhoo Police Station and civilians.

MNDF has asked for boats in the area to keep an eye out for the missing man, and to contact MNDF at 191 to share information.