PG: Decision to quash charges against ex-VP Adeeb irrational, will be appealed 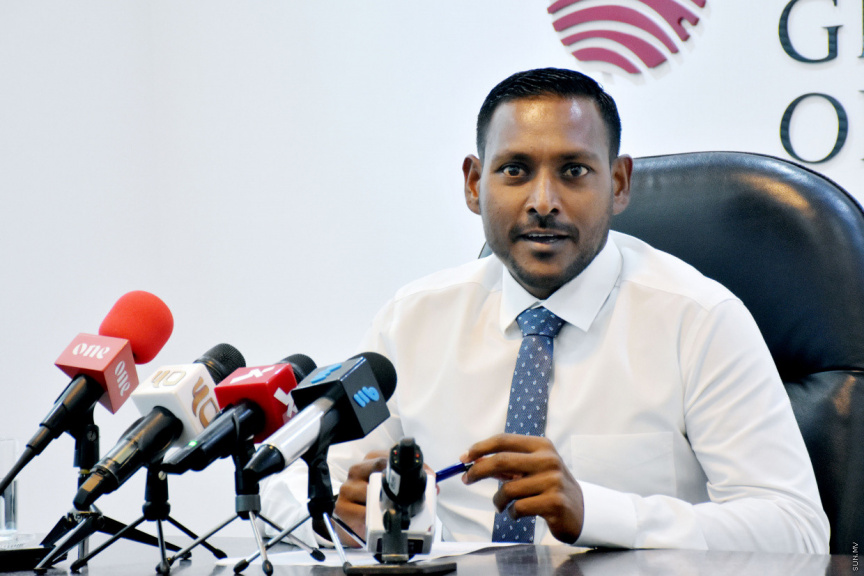 Prosecutor General Hussain Shameem said on Tuesday that he is unhappy with the Criminal Court’s decision to declare the charges against former Vice President Ahmed Adeeb Abdul Gafoor invalid, and that his office with appeal the decision at the High Court.

Adeeb had been pressed with seven charges. The charges of money laundering, embezzlement, graft and abuse of power were pressed against him based on an investigation into the MMPRC graft case conducted by the Maldives Police Service, Anti-Corruption Commission, and Corruption and Asset Recovery Commission.

He had been set to confess to all seven charges under a plea deal, but later said at court that he was forced to sign the plea deal in exchange for medical furlough.

The Criminal Court had previously issued an order to keep Adeeb jailed pending the outcome of his trial. But with this Tuesday morning’s decision to push the case against Adeeb out of the court, he has walked free.

Speaking at a press conference on Tuesday afternoon, Shameem said the Prosecutor General’s Office will appeal the decision at the High Court within the next two days.

He said that he found parts of the Criminal Court’s ruling to be irrational, and found some of the aspects surrounding the ruling to be worrying.

COMPLAINT TO BE LODGED AGAINST JUDGE ISMAIL RASHEED WITH JSC

Shameem also criticized Judge Ismail Rasheed who issued the ruling, and said that he planned on lodging a complaint against him with the Judicial Service Commission (JSC).

He said that the Prosecutor General’s Office had not submitted documents pertaining to Adeeb’s initial arrest, which had been on October 26, 2015.

Shameem said the law clearly states a judge may not take any other evidence into consideration, other than the documents submitted to court and the statements exchanged by both parties at court.

He said the ruling refers to documents which hadn’t been submitted to the court by the prosecution, and had not been mentioned by Adeeb at court either.

“Therefore, I don’t know what happened, how this ruling was issued. [I] don’t believe this to be legally sound,” he said.

Judge Ismail Rasheed stated in his ruling that the Prosecutor General’s Office does not have the authority to grant medical furloughs, and cannot stipulate conditions in granting medical furloughs.

The judge therefore found reasonable grounds to establish the confessions made by Adeeb under the plea deal to be coerced.

Shameem said he found the judgment to be irrational.

He also questioned why the judge had not referred to any provision of the law in his ruling.

In response to a question by Sun, Shameem said the Prosecutor General’s Office is preparing to file a petition for a travel ban order against Adeeb, to prevent him from fleeing the country.

Shameem said that he is confident the court will issue a travel ban order as Adeeb has fled the country in the past, and also has a prior criminal record.

ENOUGH EVIDENCE TO PUT ADEEB BEHIND BARS ‘FOR 806 YEARS’

Shameem said that investigators have gathered enough evidence against Adeeb to press 105 charges against him that, if proven, will put him behind bars for 806 years.

He said that the Prosecutor General’s Office hadn’t pressed the charges against Adeeb based on his confession statement, but because of the 700 documents which have been collected as evidence.

“Based on this evidence, we are certain the charges will be proven. I believe we have enough evidence to prove all seven charges. We didn’t even need the confession statement. We can proceed even without the statement,” he said.

Shameem said that if the plea deal was no longer on the table, the Prosecutor General’s Office had enough evidence to press some 150 charges against Adeeb, which can see him behind bars for 806 years.