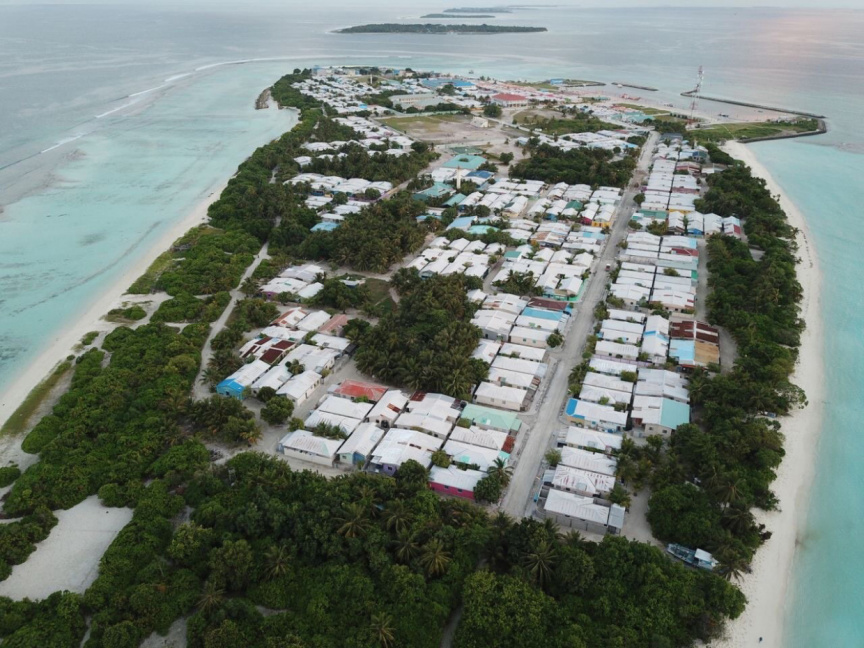 Health Protection Agency (HPA) has placed 48 people identified as contacts of confirmed coronavirus cases in R. Dhuvaafaru under home quarantine, and has eased some of the restrictive measures imposed on the island.

A family of three – a couple and their son - who had been released from home quarantine after travelling from Male’ City tested positive for the new coronavirus on Saturday.

The family had travelled to Dhuvaafaru on June 19, and following which they completed 14 days of mandatory home quarantine and were tested. They were released from home quarantine after their results came back negative, but were re-tested at the orders of HPA approximately two days later.

They tested positive in the follow-up test, while another one of the couple’s children, who had also been in home quarantine with them, tested negative.

Dhuvaafaru Council president Ibrahim Naseer told Sun on Monday that officials have completed contact tracing, and have placed 48 people who met with them under home quarantine.

However, they have yet to be tested.

“Up until last night, we were told [by HPA] to take samples first. To take samples, and then retake samples after 14 days of quarantine. I don’t know what HPA’s final decision will be, but we are acting in accordance with their instructions,” said Ibrahim Naseer.

Dhuvaafaru went into lockdown on Saturday; with public gatherings banned and mosques, cafes and restaurants closed.

Ibrahim Naseer said that HPA has instructed the council to ease some of the restrictions following the completion of contact tracing.

He said that all restrictions have been eased except for the ban on travel in and out of the island.

“The ban on public gatherings and the closure of the mosques has been brought to an end. Cafes and restaurants have been reopened. But travel in and out of the island remains banned,” he said.

Ibrahim Naseer said that some of the residents were concerned with the ease in restrictions, and appealed to relevant authorities to prevent the spread of the virus within Dhuvaafaru even if it requires imposing strict measures.