Island Expert pays migrant workers 1,600 each, instead of their wages 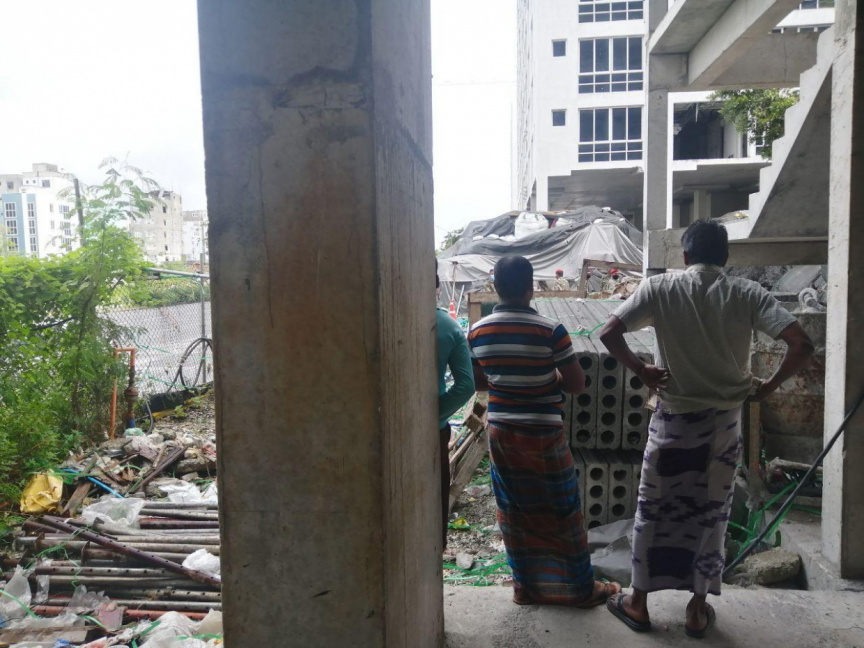 Migrant workers employed by Island Expert - the contractor for the housing project for security services in suburban Hulhumale’ - say they have not been paid their wages, but have instead been paid MVR 1,600 each following their protests demanding their wages last week.

The migrants working at the Island Expert’s site in Hulhumale’ told Sun they have not been paid their wages since January.

The company paid them MVR 1,600 each following a series of protests they staged last week.

“We don’t know what this money is for. They didn’t say,” said one of the workers.

“But we still haven’t been paid our wages since January. There’s a lot of pending wages.”

The workers staged a series of protests, the last of which was held on Monday, July 6.

They had warned they will stage another protest if the issue isn’t resolved within one week.

“Since they have paid us a little money, we decided against protesting today. But we will protest if they continue to withhold our wages,” said one worker.

He said the construction site had originally employed some 600 workers, half of whom have since resigned over the nonpayment of their wages. He said they wish to return to their home country.

“The visas of a lot of workers have expired.  And some 300 people want to return home,” he said.

“We will protest if they don’t pay our wages. But we will not be violent. Everyone will see right, when we walk out in the streets?”

Another worker who spoke to Sun said the monthly wages of the laborers fall within the range of MVR 5,400 to MVR 6,500.

Island Expert’s representatives were unavailable for comment regarding the issue. The representative in charge of supervising the migrant workers responded that he was “very busy and unable to talk at the moment”.

The migrant workers are living at the site itself.

Sun’s reporters visited one of the accommodation quarters last week, and observed five to 10 workers confined to small cubicles separated by wooden partitions. There were only two portable toilets, and three showers in an open area offering no privacy – in quarters which accommodate 60 workers. The kitchen is located within the living area.

When questioned whether government officials have visited them to inspect their living situation, they responded that they have not.