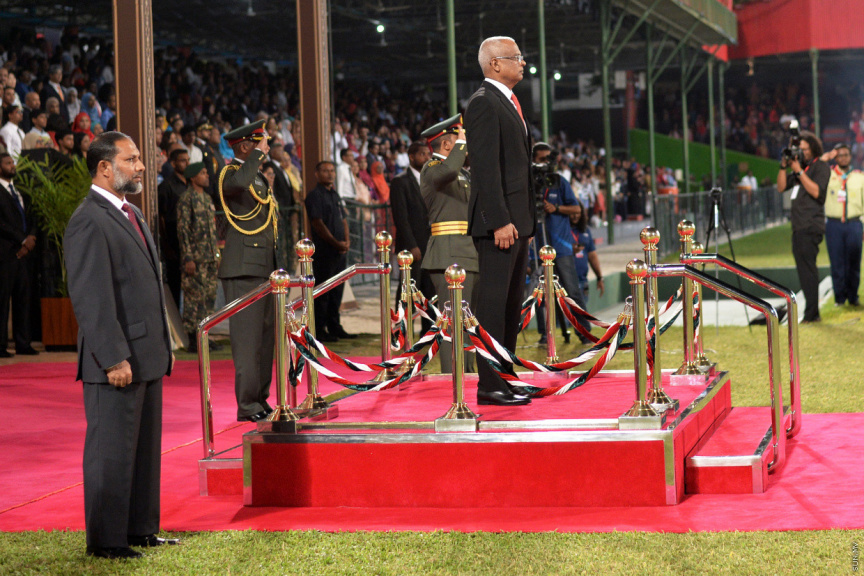 The Maldivian government has made the decision not to hold official Independence Day celebrations this year.

The President’s Office issued a statement on Tuesday evening announcing that the annual Independence Day reception hosted by the President and First Lady, along with the parade and other official celebratory events will not be held this year.

President Ibrahim Mohamed Solih shared his decision with his Cabinet at a meeting held at office earlier this Tuesday.

Speaking at the meeting, President Solih said that he made the decision not to hold official Independence Day celebrations this year in light of the cost cutting measures being implemented by the government to mitigate the economic impact of the coronavirus pandemic, and the measures being implemented to protect the health of the general public amid the coronavirus outbreak in the country.

While the official celebrations will not be held this year, the President is still scheduled to deliver his annual national address on occasion of Independence Day at 10:00 am on July 26.

Meanwhile, the National Award of Special Achievement is conferred at the official ceremony held to mark Republic Day, celebrated on November 11.