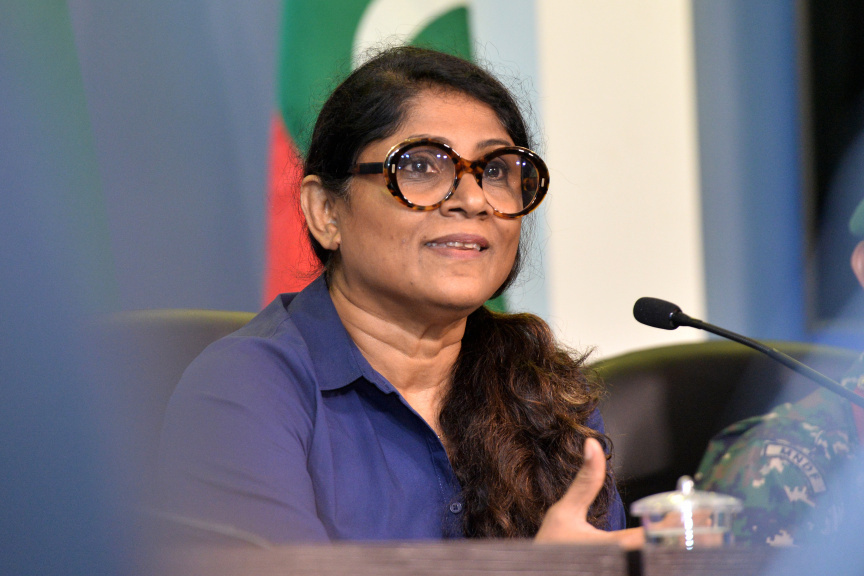 Defense Minister Mariya Ahmed Didi has said that anyone who was “okay” with foreigners taking locals hostage on Maldivian soil was a traitor to the nation.

She said that legal mechanisms for the rights of expatriates were available in the Maldives through Human Rights Commission (HRCM), Labor Relations Authority and courts.

The Minister said that the she believed anyone who thought it was okay for foreigners to take Maldivians hostage on Maldivian soil, destroy property and goods, was a traitor to the nation. She was speaking regarding the protests in B. Bodufinolhu yesterday, where a large number of migrants took some locals hostage that led to violence towards police.

Police have since announced that the violence had been subdued and that 19 foreigners were arrested. The expatriates were protesting over four months of unpaid wages.  12 locals were rescued from the island.