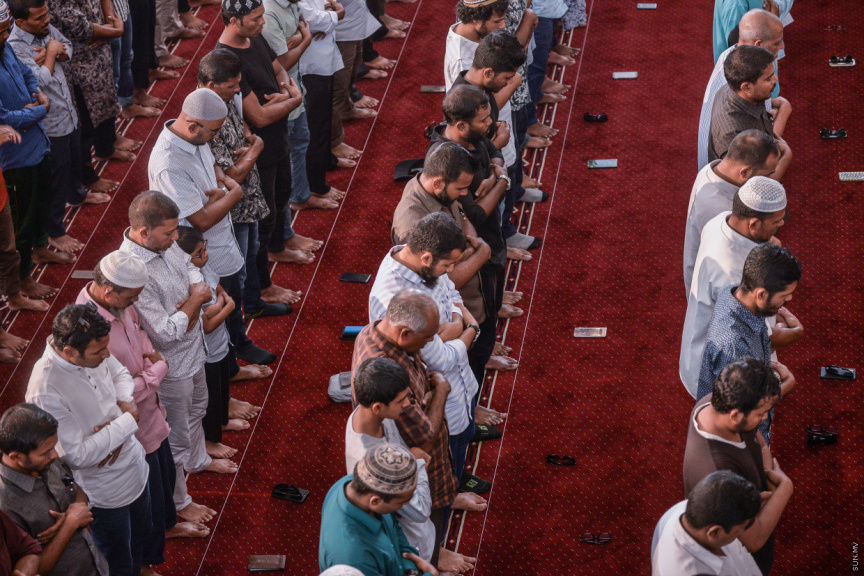 Islamic Ministry announced on Thursday that congregational Friday prayers will not be held in the greater Male’ region on July 3 as a measure to control the spread of the new coronavirus in the capital.

Islamic Ministry, in a statement on Thursday afternoon, said the decision was made following discussions with the Fatwa Council, local Islamic scholars and health professionals.

The Islamic Ministry said in its statement that Friday prayer congregations constitute gatherings of large numbers of people for a long period of time, that coronavirus restrictions are being lifted in phases, and that the effects of the relaxation of the restrictions are being researched, based on which additional decisions are being made, and that medical doctors have advised the threat of the spread of the disease remains prevalent.

“This decision made following a review of the procedures and standards practiced in Islam in such situations, and in accordance with the advice of scholars,” said the Islamic Ministry in its statement.

The Islamic Ministry noted that the five fundamental principles of Islam include the protection of human life.

The decision not to allow congregational Friday prayers in the greater Male’ region tomorrow therefore falls in line with the principles and standards of Sharia, said the Islamic Ministry.

Islamic Ministry noted that despite the decision not to allow Friday prayers, the people of the capital can now perform congregational prayers for the five daily prayers. The Islamic Ministry advised that people express gratitude for the blessing, adhere to the instructions of health authorities, be dutiful in the performance of the daily prayers, increase good deeds, and prayer for the country to overcome the outbreak of disease.

Mosques in the capital were closed for congregational prayer on March 18.

While mosques had initially been open for individual worshippers to perform their prayers, mosques were completely closed with the emergence of the community spread of the new coronavirus in the capital in mid-April.

They were reopened once again for individual worshippers with strict instructions to maintain physical distancing and other coronavirus control measures on June 14, and the suspension of congregational prayers was lifted on Tuesday, July 1.