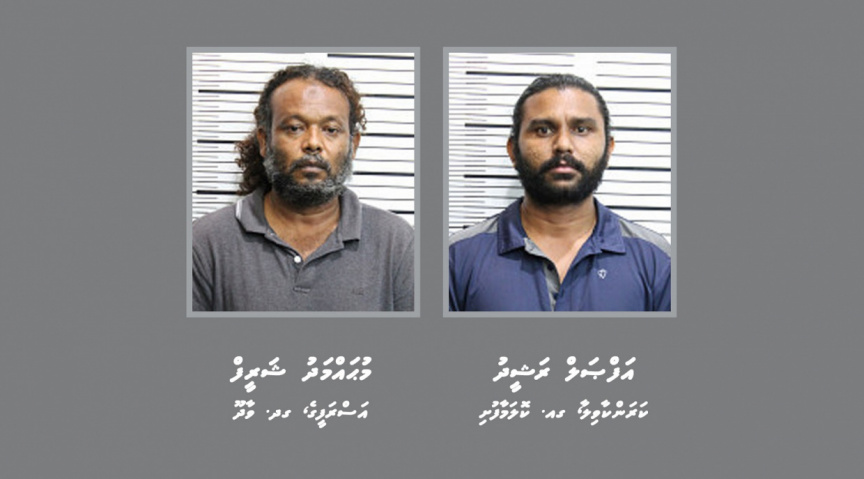 Maldives Police Service, on Thursday, released the identities of two suspects arrested in a counter-narcotics operation run by Police Intelligence and Drug Enforcement Department in suburban Hulhumale’ in June.

In the June 14 operation, police took three suspects into custody and conducted raids on properties linked with them.

The police released one of the suspects after they failed to find any narcotics from the properties linked with the suspect.

The identity of the suspect who was released has not been disclosed.

The two suspects who remain in custody are:

The court issued an order to have the two suspects remanded in custody for 15 days in June 15, which was extended to an additional 15 days at their second remand hearing on Tuesday, June 30.

Their current remand period will expire on July 15.

The police seized 6.8 kilos of narcotics from a property linked with the two suspects, Hulhumale’ Lott No. 10634.

One of the suspects, Mohamed Shareef has a prior record for drug offense, and was arrested in a previous crackdown on a wide-scale drug trafficking operation in the country.