Pakistan: Exchange of fire with India kills boy in Kashmir 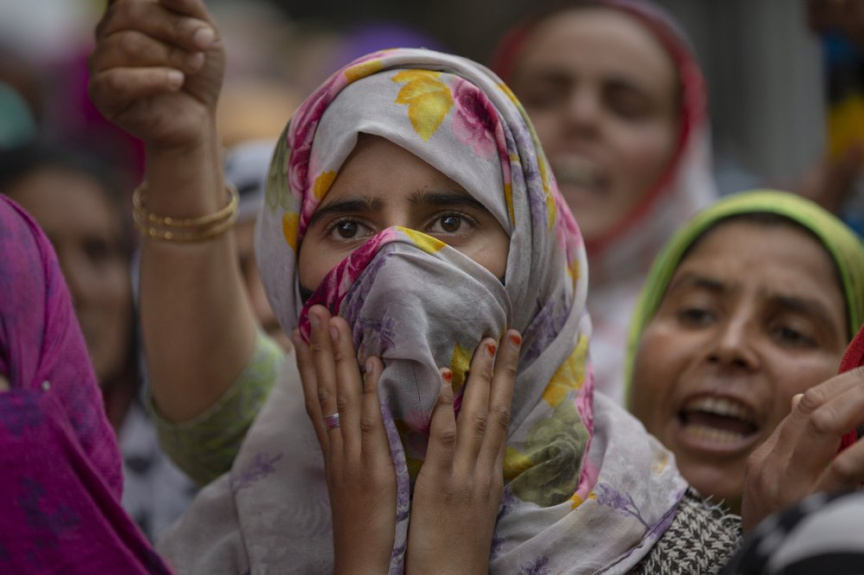 A Kashmiri girl watches relatives and neighbors mourn the death of a civilian Mehraj-ud-din Shah outside his home in Makhama village, west of Srinagar, Indian controlled Kashmir, Wednesday, May 13, 2020. (AP Photo/ Dar Yasin)

ISLAMABAD (AP) — Pakistani and Indian troops have traded fire in Kashmir in an exchange that killed a boy in the Pakistan-controlled section of the disputed Himalayan region, officials said Wednesday.

In a statement, Pakistan’s military said India targeted civilian residents with artillery, mortars and other weapons the previous night in the border village of Lipa.

India, however, blamed Pakistani troops for initiating the fire. Rajesh Kalia, an Indian army spokesperson, said Pakistani troops in an unprovoked cease-fire violation targeted the villages of Naugam and Baramulla. He said the Indian side responded adequately.

The two nuclear-armed countries often trade fire in Kashmir, which is split between them but claimed by both in its entirety. Since gaining independence from British rule in 1947, the the two sides have fought two of their three wars over Kashmir. India accuses Pakistan of aiding separatists in its part of Kashmir, a charge Pakistan denies.

The latest deadly exchange happened hours after dozens of Indian and Pakistani diplomats and embassy staff returned home to India and Pakistan.

Despite the uproar, Pakistan and India stuck to an agreement to share — as they do every July 1 — the updated lists of one another’s prisoners. Islamabad on Wednesday handed over the names of 324 Indian prisoners it holds while New Delhi handed over a list with the names of 362 Pakistani prisoners held in India.