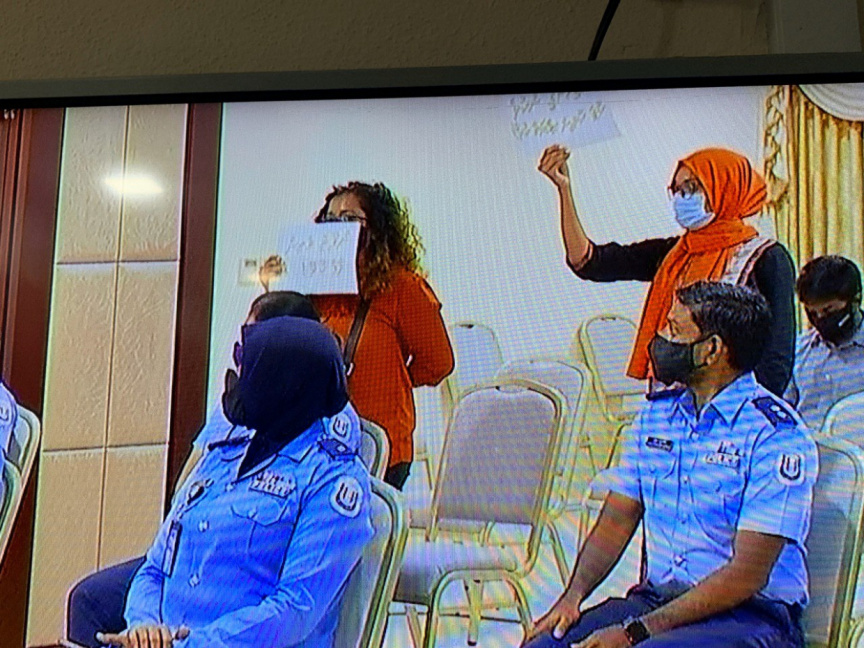 A screengrab of public protests during the parliament meeting to collect the recommendations and opinions for the police reform bill on July 1, 2020.

Members of the public protested during the parliament meeting to collect the recommendations and opinions for the police reform bill.

Many held posters against rape and sexual abuse during the protest. The protests were held in relation to the recent case of an alleged rape that occurred on a safari last Friday night. Public outrage turned against police after the individuals accused of the alleged rape were released.

Protests were also held in front of the Gender Ministry last Monday, which saw some violence.

Members of the public also recommended ideas and opinions to the bill which is in the parliament currently.