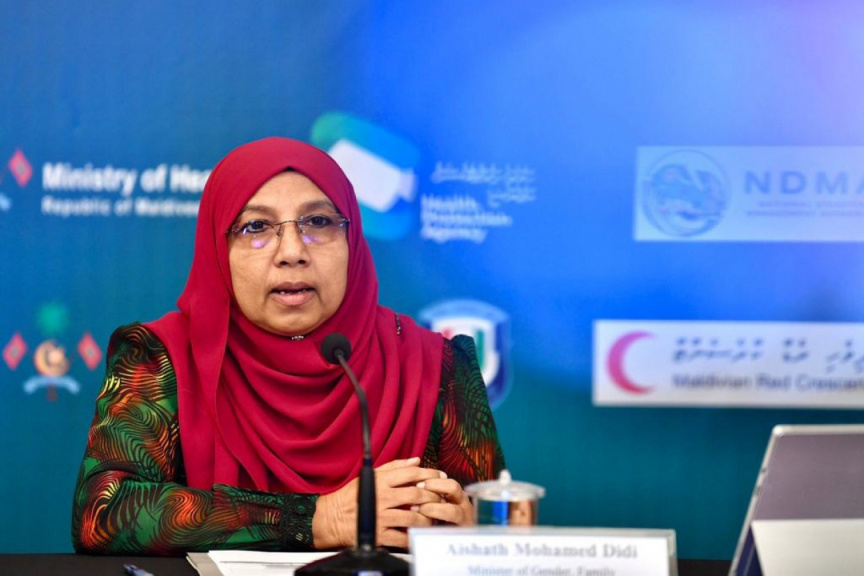 Gender Minister Aishath Mohamed Didi has announced that a massive campaign against rape was being readied.

In a press conference today, the Minister said that the campaign would kick off on July 15 and will run for three months.

The focus is on stopping sexual abuse in the country.

“Prevention, it will require work to create awareness. They include teachers, parents, and members of the community. Councils and government institutions. Figures from the Ministry of Education, and especially our beloved children.” Said the Minister.

The Ministry has also requested to raise funds for a two-year-long multi-media campaign as well, according to the Minister.

Speaking in the presser, the Minister urged people to refrain from sharing videos of children on social media.