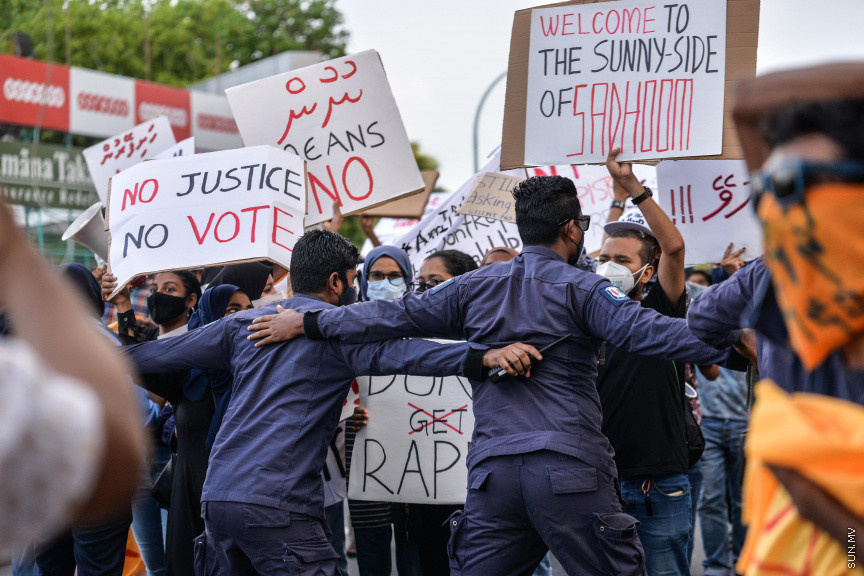 Police and protesters are photographed during an anti-rape rally held on June 29, 2020. (Sun Photo/Fayaz Moosa)

The protests today were sparked after the rape of a foreign woman on a safari in Hulhumale’ on Friday. The accused in the case were released by police after initially arresting them which sparked in a massive public outrage and protest.

Journalists at the scene of the protests yesterday witnessed three individuals taken into custody.

Police later said that two individuals aged 22 and 23 were arrested from the protests.

The two were taken to court for remand purposes today. The Criminal Court saw no apparent reason for their detainment and ordered the police to release the individuals under conditions.

The two are charged with obstructing the duties of police as well as assault and battery charges.