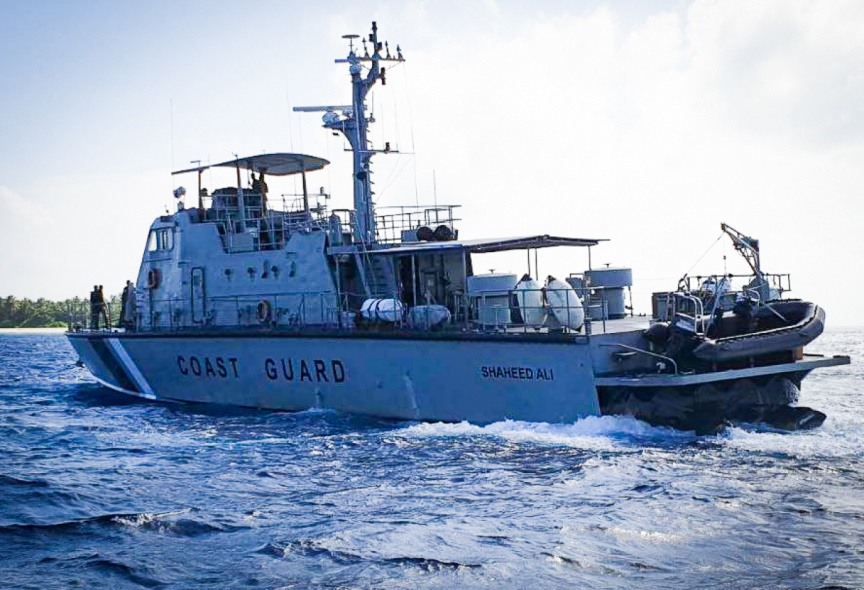 The Indian man who fell overboard a boat docked off the coast of K. Thilafushi has been found dead.

The man was identified as an Indian national who worked on the boat “Gas Atlantic”.

The man was reported missing at approximately 22:20 of Friday, prompting the Coastguard to mobilize a team for a search and rescue operation.

The man had gone missing after him and a co-worker, identified only as another expatriate worker, fell off the boat “Gas Atlantic” docked to the north of Thilafushi, an industrial island which neighbors the Maldivian capital.

The second man was rescued by men on a dinghy boat who were fishing nearby, and taken to a hospital in suburban Vilimale’.

Another Indian national, a 30-year-old Indian man who worked as an imam at JW Marriott Maldives and Spa, a resort island located in Sh. Atoll, remains missing.

He had gone missing after he jumped off the jetty of the resort on April 6.

7 arrested in 3 DED operations in Hulhumale’