Saudi Arabia to hold 'very limited' Hajj due to COVID-19 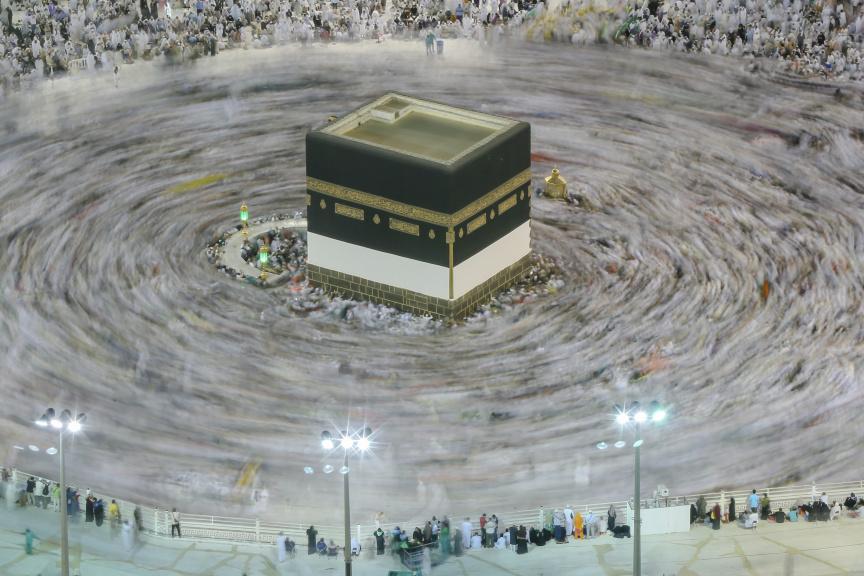 Muslim pilgrims circle around the Kaaba, the cubic building at the Grand Mosque, ahead of the annual Hajj pilgrimage, in the Muslim holy city of Mecca, Saudi Arabia, early Friday, Aug. 17, 2018. The annual Islamic pilgrimage draws millions of visitors each year, making it the largest yearly gathering of people in the world. (AP Photo/Dar Yasin)

Al Jazeera - Saudi Arabia has announced it will hold a "very limited" Hajj this year due to the COVID-19 pandemic, with people already living in the kingdom allowed to take part in the pilgrimage that begins in late July.

"It was decided to hold the pilgrimage this year with very limited numbers ... with different nationalities in the kingdom," the official Saudi Press Agency said on Monday, citing the Hajj ministry.

The decision comes in light of the increase in COVID-19 cases around the world, the lack of a vaccine, and difficulty maintaining a safe physical distance among large numbers of pilgrims coming from overseas, the statement said.

More than two million people perform the annual pilgrimage in the holy city of Mecca every year, including many traveling from abroad.

The Hajj, a must for able-bodied Muslims at least once in their lifetime, represents a major potential source of contagion as it packs millions of pilgrims into congested religious sites.

A full-scale Hajj, which last year drew about 2.5 million pilgrims, was already unlikely after authorities advised Muslims in late March to defer preparations due to the fast-spreading disease.

Earlier this month, Indonesia, the world's most populous Muslim nation, emerged as one of the first countries to withdraw from the pilgrimage after pressing Riyadh for clarity, with a minister calling it a "very bitter and difficult decision". Malaysia, Senegal and Singapore followed suit with similar announcements.