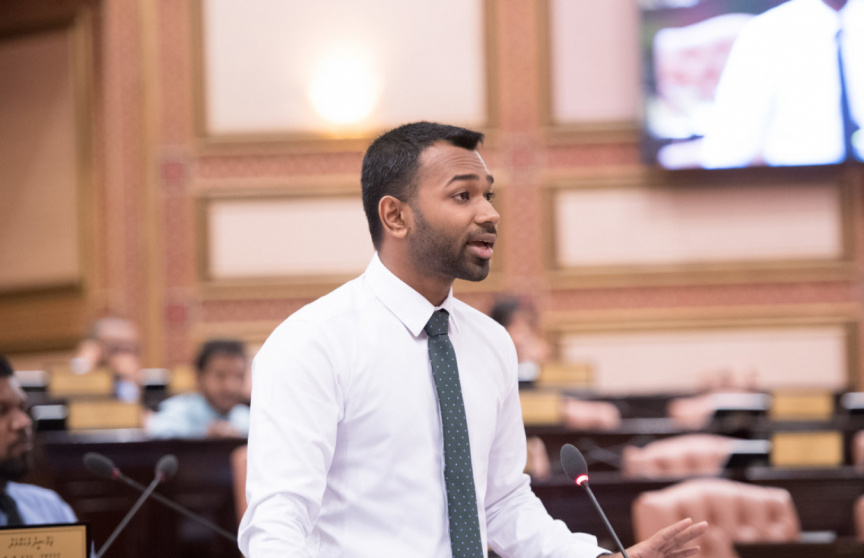 MP for South Galolhu Mickail Naseem has said that he does not see the point of the Commission on Deaths and Disappearances (DDCOM) if the Commission says that it cannot fulfill its legal responsibilities.

The MP called to dissolve the DDCOM after the Speaker of the Parliament Mohamed Nasheed said that the DDCOM had informed him that it had no way pursuing the cases under its mandate due to failure to obtain evidence.

"I do not see the point of the DDCOM, if it publicly says that it cannot obtain results, when they have not been able to obtain results for nearly two years, after collecting wages from the public tax money,"

"It is unacceptable to take the matter to the police due to a lack of a specific mandate," said MP Mickail.

He noted that the Parliament had passed a mandate for the Commission in a short span of time because the public and the President did not trust the investigation of the police.

The MP said that even if the Parliament had to pass a sunset law or amend the constitution or by introducing a new investigative institution, the truth behind the murders must be clarified to the public if the Constitution did not provide the way.

MP for North Maafannu Imthiyaz Fahmy also said that the findings of the Parliament must be made clear by addressing the current findings of the investigation from an inquiry of the relevant Committee.

After the MPs spoke, Nasheed added that the Parliament would not stop inquiring about the matter.

He accused that there were and still are some police officers who were impeding the investigation.

"We have requested the National Integrity Commission repeatedly to no avail,"

"All the institutions should keep in mind. That by the will of the Almighty God, the end of the parliament's knife is still sharp. God willing, we will resolve this in some way." said Nasheed.

Nasheed's statements regarding the DDCOM has been refuted by the Commission itself.