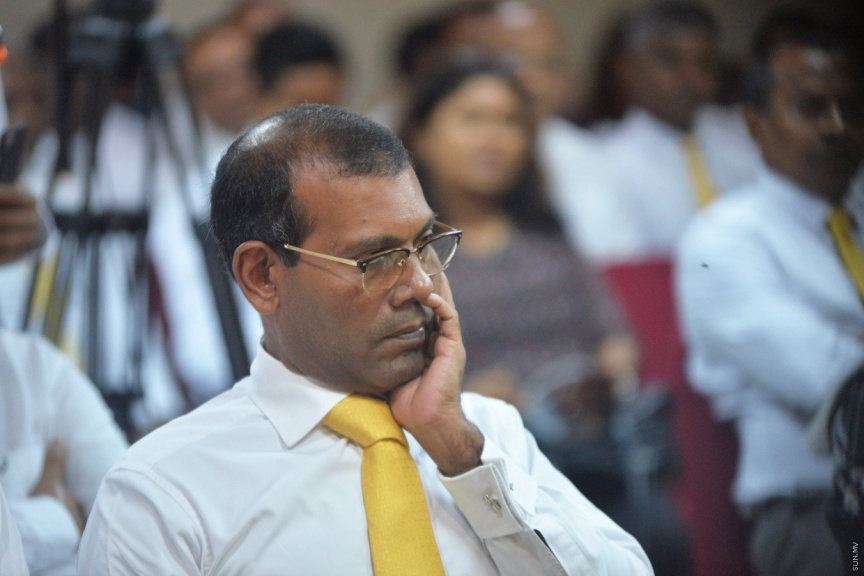 Speaker of the Parliament Mohamed Nasheed has directed stern criticism at the police for failing to obtain justice for the murders of Dr. Afaraasheem Ali and Rilwan Mohamed due to the negligence of the institution.

Speaking in today's parliament sitting, Nasheed said that the two murders remained unresolved due to disorganization and expressed concern over the failure to solve such cases.

"That we cant carry forward these charges (in the case of Ahmed Rilwan Abdulla), I have to sadly say is because of the negligence of the police,"

"The level of negligence in Dr. Afrasheem's case by the police is noted in the report by the Committee on National Security Services, along with the names of officers. It details what they have done clearly. So, when things get to this level, I have to say that it is difficult for me to stay idle." said Nasheed.

Nasheed also pointed the finger of blame for the unresolved murders to the presidential Commission on Deaths and Disappearances (DDCOM).

"From September 1, 2019, the summary report is on my desk. It is hard for me to believe that the Commission is trying to do this. In my opinion, there is a limit to staying idle in everything." said Nasheed.

He went to say that he would not give up just saying that the cases could not be resolved.

"All the institutions should keep in mind. That by the will of the Almighty God, the end of the parliament's knife is still sharp. God willing, we will resolve this in some way." said Nasheed.