China says it is not holding Indian soldiers in Himalayas 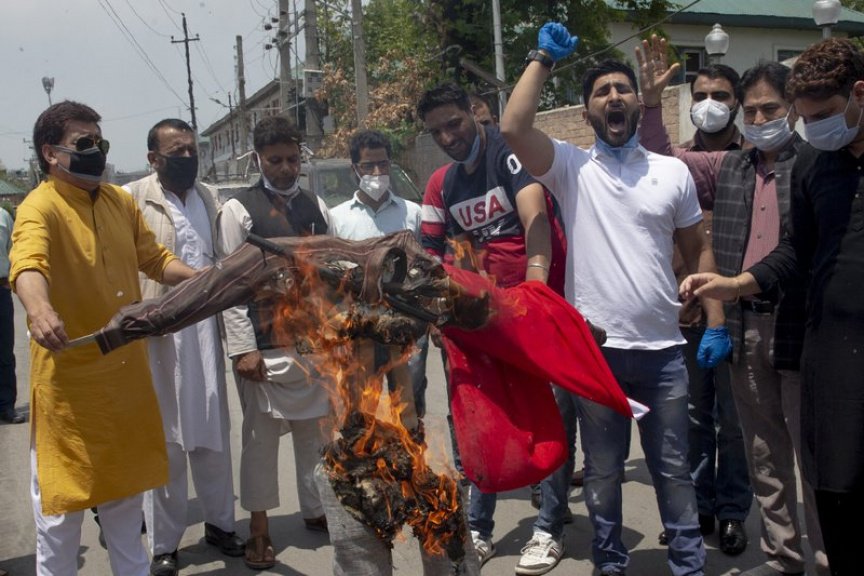 BEIJING (AP) — China says it is not holding any Indian soldiers in the Himalayan border standoff between the two countries, but has not directly addressed media reports that China released 10 of them late Thursday.

“My information is that at present there are no Indian personnel detained on the Chinese side,” Foreign Ministry spokesperson Zhao Lijian said Friday, according to an English version of his daily briefing posted on the ministry website.

Earlier reports, based on the ministry’s simultaneous translation at the briefing, said that Zhao had said that India had not seized any Indian soldiers.

The later version posted on the ministry’s website leaves open the possibility that Indian troops were being held earlier.

Indian officials have denied that their soldiers were in Chinese custody.

The comments came as China continued to blame India for a recent military clash at the border that left 20 people dead on the Indian side. China has not said whether any of its soldiers died.

Zhao said that “the rights and wrongs ... are very clear and the responsibility rests entirely with the Indian side.”

He added that the two sides are in communication over diplomatic and military channels.

“We hope India will work with China to jointly maintain the long-term development of bilateral relations,” he said at the briefing.

Monday night’s confrontation in the Galwan Valley, part of the disputed Ladakh region along the Himalayan frontier, was the deadliest conflict between the sides in 45 years.