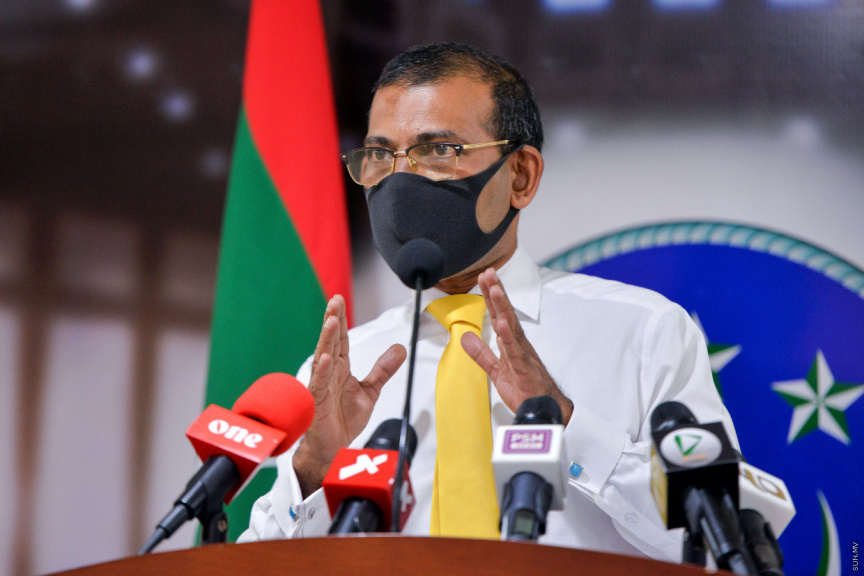 Speaker of the Parliament Mohamed Nasheed has said that it would be a failure if MNDF soldiers had to enter the parliament and that the parliament should be able to conduct itself.

The regulations of the parliament previously read that an MP could be removed by MNDF security officers if the Speaker of the parliament announces the name of the MP thrice. However, this was amended to appoint a sergeant at arms inside the parliament who would be tasked with doing so by the current parliament.

He noted that such a situation may arise even tomorrow which would be a sorrowful one.

“There are other staff at Sergeant-at-arms and our administrative staffs are also there who I think are capable of conducting the parliament.” Said Nasheed.

The first time the Sergeant-at-arms had to remove an MP was during a late night session of the current parliament on June 2, 2020. Speaker Nasheed had announced the name of the MP for Naifaru Ahmed Shiyam three times, after which the MP had refused to leave the floor. When the Sergeant-at-arms could not remove the MP, an altercation occurred between opposition MPs and governing MDP MPs which saw MDP MPs remove MP Shiyam by force from the floor. MP Shiyam suffered injuries due to the altercation.

Opposition parties have been boycotting sessions of the parliament since then.