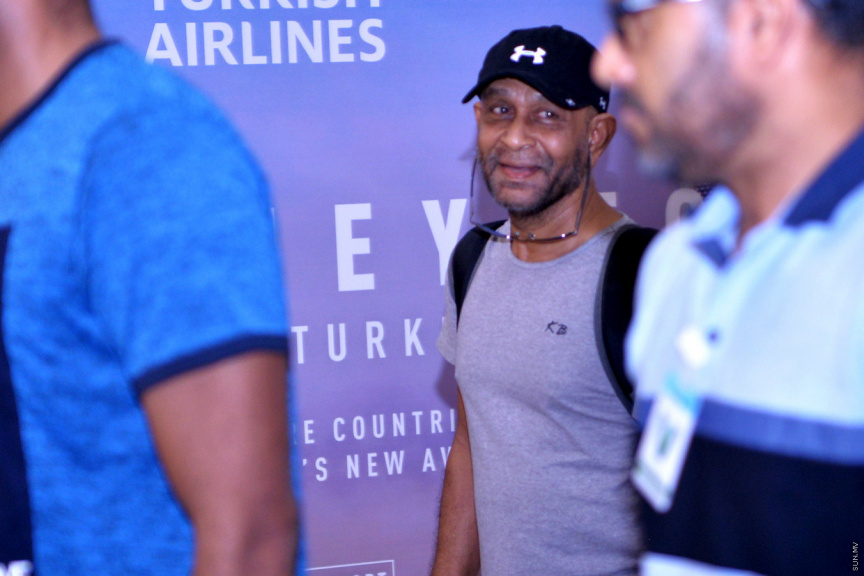 The Criminal Court, on Sunday, granted Abdulla Luthfee – who had been serving a life sentence for masterminding the terror plot of November 3, 1988 when he went on the run in 2010 – 10 days appoint a lawyer to defend himself.

Luthfee has been charged with breaking out of prison. His pre-trial hearing was held virtually, through video conferencing. Luthfee, who has been re-incarcerated in Maafushi Prison, attended the hearing from Maafushi Magistrate Court.

Virtual hearings require the consent of defendants, and the first question Judge Ali Rasheed asked Luthfee after commencing the hearing was whether he objected to the hearing being held through video conferencing.

Luthfee, who attended the hearing without a lawyer, responded that he did not.

He was then asked whether he wished to hire legal representation, to which Luthfee responded that he did, and asked the court to dispatch a letter to Maldives Correctional Service instructing the institution to make the necessary arrangements.

“I wish for the instructions to provide me with this opportunity to be made in writing. The things at MCC are sometimes such that verbal requests are sometimes met with obstruction. This is why I’m asking for this,” said Luthfee.

Judge Ali Rasheed granted Luthfee 10 days to hire a lawyer, and scheduled the next pre-trial hearing after the 10 days. He also instructed Luthfee to hire a lawyer and present necessary documents before the 10-day period expires.

Reading out the charge against Luthfee, Public Prosecutor Aishath Milna said that he was being charged because he had evaded State authorities from January 16, 2010 to May 1, 2019 after he left for India to seek medical treatment at his own expense using the one-year travel document issued to him by the Home Ministry.

Luthfee is scheduled to enter his plea at the next pre-trial hearing.

He went on the run after he was granted medical furlough to travel overseas for medical treatment on January 16, 2010, but surrendered to officials at the Maldivian embassy in Colombo on May 1, 2019 amid security sweeps in the country following the Easter bombings on April 21, 2019.