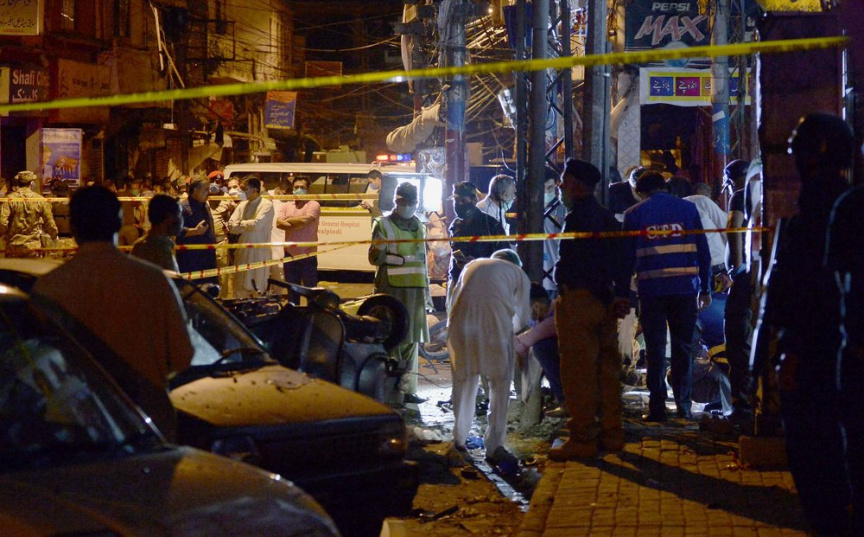 Pakistan's security officials examine the site of a bomb explosion that ripped through a bazaar in Rawalpindi, Pakistan, Friday, June 12, 2020.(AP Photo/A.H. Chaudary)

ISLAMABAD (AP) — A powerful bomb exploded at a crowded bazaar in the Pakistani garrison city of Rawalpindi on Friday, killing at least one person and wounding 15, police and government officials said.

Initially police only said it was an explosion but authorities later confirmed the blast was from a bomb that had been planted by the roadside near an electric pole in the Saddar neighborhood.

No one claimed responsibility for the attack, which took place while people were buying fruit from street vendors. The slain victim was a fruit seller. Among the 15 wounded were three children, police officer Mohammad Afzal, said.

Pakistani TV stations and videos on social media showed a road littered with fruit and broken glass from shop windows. Pakistan has witnessed scores of such attacks in recent years, but the violence has been contained in recent months.

The latest incident comes two weeks after suspected militants killed two policemen manning a roadside checkpoint in Rawalpindi, where the military’s headquarters and offices of spy agencies are located.