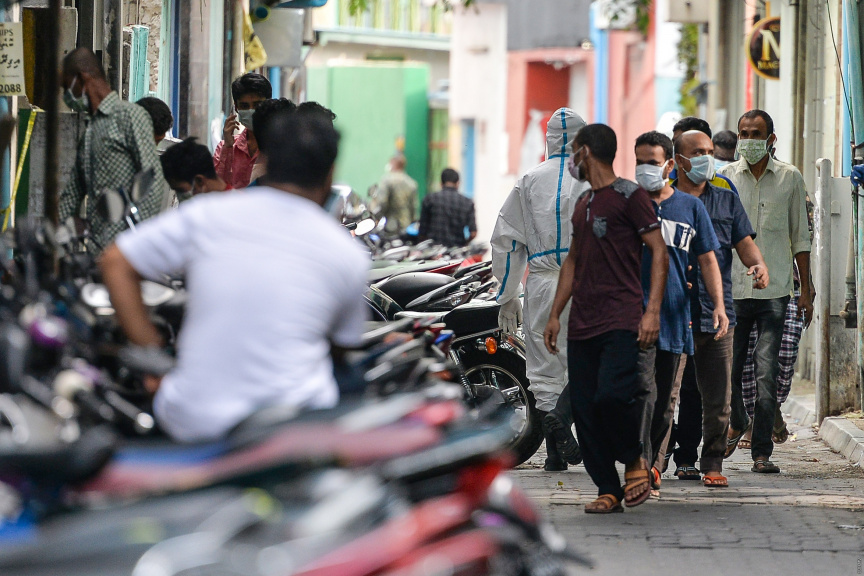 Photo shows health officials from the HPA operating to collect samples from a residence of migrant workers in the capital Male' City on May 22, 2020. (Sun Photo/Fayaz Moosa)

Health Protection Agency (HPA) has announced the confirmation of 14 new COVID-19 cases in the Maldives. The agency also announced that 32 individuals have recovered from the virus.

the confirmed positive cases tonight are:

Currently, there are 797 individuals in isolation while 306 individuals are in quarantine. Health authorities have so far collected 33,018 samples for the virus including repeat samples. Eight people have so far passed away from the virus. They are four elderly locals and four Bangladeshi nationals.

In other news, HPA also announced that the lockdown order on the capital would be extended until June 14, after which, new easements to the order would be rolled out. Islamic Ministry also announced that collective prayers are to be resumed in all islands of the country except Male’ City tonight.

'Low virus cases do not mean Maldives is in safe zone'