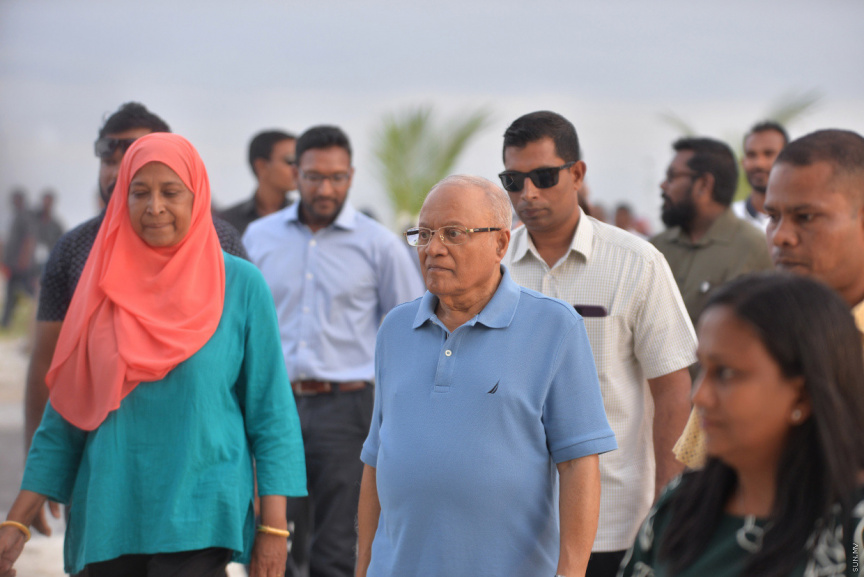 Former President of the Maldives Maumoon Abdul Gayoom has described the resignation of former Housing Minister Aminath Athifa as a huge loss to the country.

She resigned from her post yesterday, citing ill health.

Athifa was appointed to the post in a slot reserved for the former President Maumoon Abdul Gayoom’s Maldives Reform Movement party.

Former President Maumoon said that she was an example of earnestly and had served the public honestly. Her resignation was described by the former President as a huge loss before wishing her good health and success.

Collective prayer permitted in all islands except Male'