Male' City Council: More convenient for business permits to be issued by Police 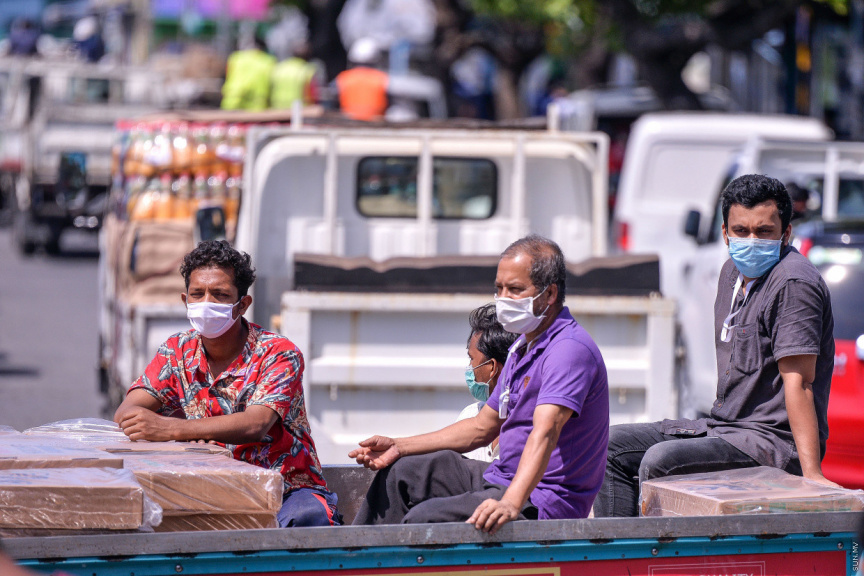 Migrant workers wear face masks to protect against the spread of the new coronavirus as engage in supplying shops in Male' City on May 14, 2020. (Sun Photo/Fayaz Moosa)

Male’ City Council has said that permits issued for outdoor activities and business activities to the public during the lockdown order were switched to the Police portal due to perceived convenience on the matter.

Previously, the city council had been issuing permits for business. This was recently changed to be applied through the Police portal.

The process was switched to be applied through the existing Police portal yesterday and Commissioner of Police Mohamed Hameed announced that 21,653 permits were issued for such purposes in the last 24-hours.

The Council said that the sudden change had resulted in calls of confusion being received by the Council. A statement issued to clarify the matter read that the portal established by the Council for the purpose on June 1 had received 3,480 applications. The applications were ordered and forwarded to the Economic Ministry for verification.

After verification by the Ministry, further information was required by the Police before permits were to be issued. It was then decided that the most convenient method would be to text applicants through the 119 emergency number and obtain the required information through the portal.

The council said that it would be monitoring the level of adherence to the guidelines issued for business operations and employees after the city lockdown is declared over.