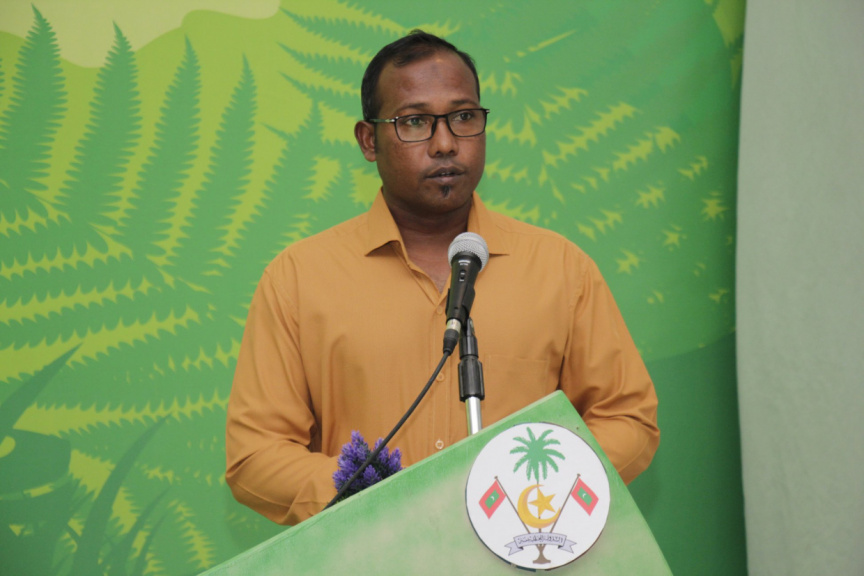 Hulhudhuffaaru Council president Mohamed Ibrahim has resigned from his post, just a few days after the Parliament passed a law to extend the terms of Councilors due to the inability to hold local council elections.

The terms of incumbent councilors were set to expire today. However, the Parliament approved an amendment to the constitution that will see current councilors remain at their posts, albeit with limited powers, until the next local council elections are held.

Speaking with Sun, Mohamed Ibrahim said that his resignation was because he did not want to remain at the post without a vote of his constituency. He noted that the public had voted for him for a three-year term.

“The public voted for me for a three-year term, which expires today. Since the term is over and an interim council is in place, I do not believe that I can be a councilor voted by the public at the post anymore.” Said Ibrahim.

He added that he respected the amendment brought to the Constitution and the advisory opinion of the Supreme Court in extending the terms of councilors.

The Parliament, on early Tuesday, passed legislature submitted by top MDP lawmaker Hassan Latheef on ensuring the smooth running of the administrative districts of the country, which will significantly limit the powers of interim councilors until a fresh election is held.

Ibrahim said that even if the powers were granted, he did not believe that he could remain at the post without being voted for by the people.

“Or I believe that another way is to allow the people to elect someone in islands where the situation is fine.” Said Ibrahim.

The bill by MP Hassan Latheef, received the vote of 73 MPs. The law states that the stipulated sections of the bill can only be enforced when a seven-member board for the Local Government Authority appointed by the President, permits its enforcement.

The Supreme Court had advised in the matter that the basic principle of a democratic state under the Constitution could only be ensured with independent elections held within the stipulated timeframe that elects representatives by the public to run the state.

Ibrahim may be the first councilor to resign from the post, however, a number of other councilors are also expected to follow suit after previous statements pledging to do so.

1 arrested in Hulhudhuffaaru over quarantine violations

Hulhudhuffaaru: Only 57 OK to uproot trees