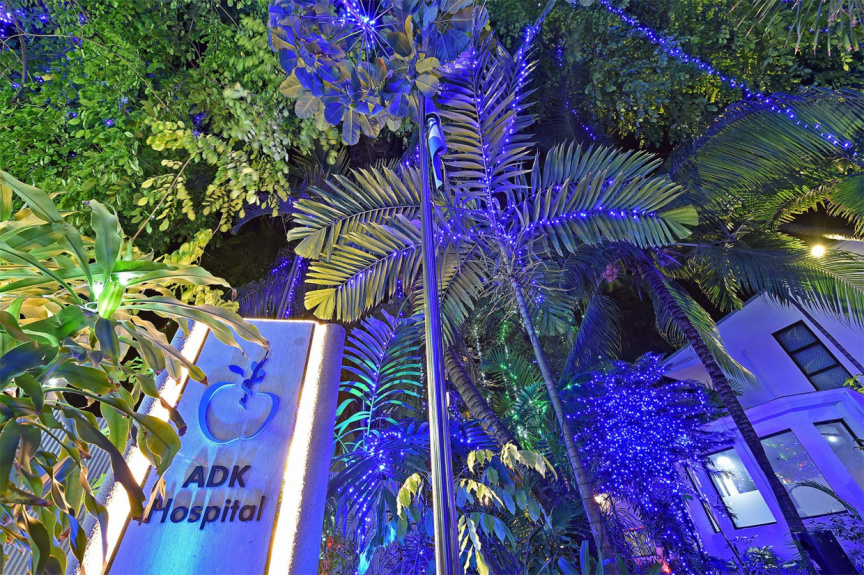 Photo shows the entrance of the ADK hospital in Male' city. (Photo/ADK)

National Emergency Operations Center (NEOC) has announced that the ADK Hospital will be charging MVR 675 per test conducted for COVID-19 in the hospital.

Speaking in a press conference tonight, NEOC spokesperson Mabrouq Azeez said that ADK will be charging IGMH MVR 675 for the tests.

Mabrouq has previously said that the tests would be covered under Aasandha health insurance scheme. The scheme will cover part of the costs, while the remaining amount is to be covered privately.

ADK began testing for the virus on May 24.

Responding to a question by a journalist tonight, Mabrouq said that the government would not charge anyone for COVID-19 tests. He said that tests cannot be conducted even if a civilian attended ADK. Only the processing of samples collected by health authorities would be conducted at the hospital.

The priority will be on risky patients and not in a specific order, said Mabrouq who noted that elderly figures, people with chronic illnesses, and direct contacts would be the focus of testing.

“There are delays in sample processing. However, we are working as much as we can to increase. Work is being done in Police laboratories as well. ADK has also commenced and work to obtain equipment for testing in other hospitals are also being sourced.” Said Mabrouq.

The Maldives identified its first COVID-19 case on March 7 and declared a state of public health emergency over the pandemic on March 12.

While COVID-19 cases had initially been restricted to resorts and safaris, and later quarantine facilities holding inbound travelers, Male’ City identified its first COVID-19 case on April 15, prompting a city-wide lockdown and a nationwide ban on nonessential travel.

The populous Male’ City has since become the epicenter of the coronavirus outbreak in the country, contributing to over 90 percent of the total cases. However, due to control in the number of cases, authorities have introduced some easements to restrictions that are to be rolled back in phases.