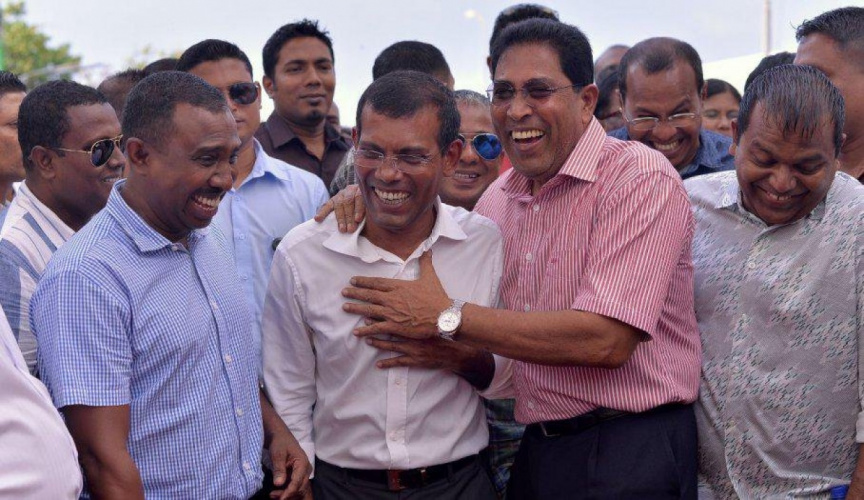 Top Maldivian Democratic Party (MDP) parliamentarian Ali Azim, on Monday, said he believes the constitutional amendment to allow an extension to the term of incumbent councilors will pass with the support of the government coalition.

Maldives was scheduled to hold the local council elections on April 4, but was forced to postpone the elections due to the coronavirus pandemic.

The term of incumbent councilors is set to expire on Wednesday and will plunge the country into a legal vacuum.

The Parliament is scheduled to vote on the amendment at 01:30 am on Tuesday.

The government needs the vote of 66 parliamentarians in order to pass the amendment. Ruling MDP, which enjoys a supermajority at the Parliament, has 65 parliamentarians.

He said that there was no obstacle to securing enough votes to pass the amendment.

Azim said that the residences of the five parliamentarians were no longer under quarantine, and that they will attend the vote.

This means that 64 MDP parliamentarians will attend the vote, he said.

“Not through corruption. The quarantine period for their residences has expired. So they too will attend the sitting,” he said.

Even if all MDP parliamentarians were to attend the vote, the party, after ruling out the Speaker, former President Mohamed Nasheed and the parliamentarian who is out of the country, can only come up with 63 votes.

Nasheed cannot cast his vote unless it is to break a tie. Therefore, the government needs three more votes to pass the amendment.

The only coalition party with parliamentary represents is Jumhoory Party (JP). The party has five parliamentarians, but only three are in Male’.

Meanwhile, the opposition coalition, made up of Progressive Party of Maldives (PPM) and People’s National Congress (PNC) has nine parliamentarians. The opposition has said it does not support the bill, alleging that it was sent to the parliamentary floor without going through the proper procedures.

This leaves two Maldives Development Alliance (MDA) parliamentarians and six independent parliamentarians. Some of them had spoken in support of the bill during the debate, and are expected to vote in favor of it.