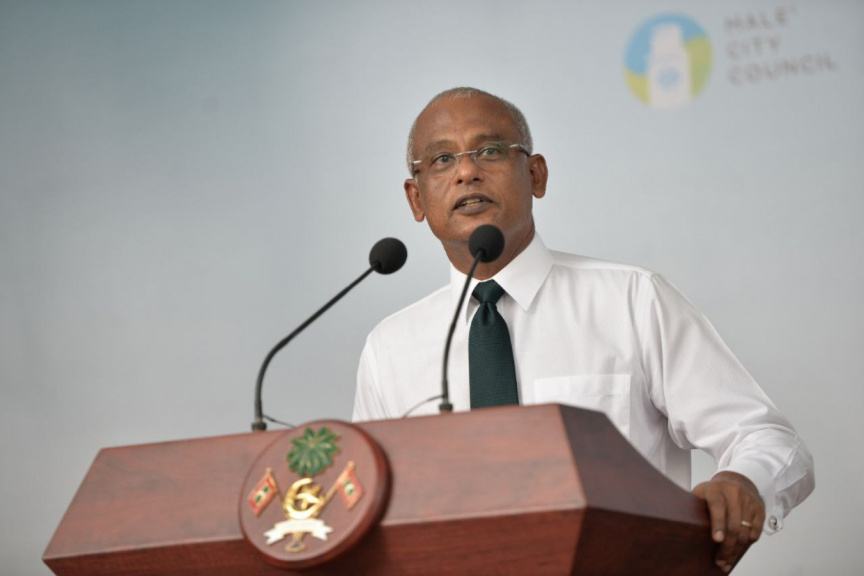 Maldivian President Ibrahim Mohamed Solih, on Saturday, announced the decision to reopen government offices from May 31 to June 11 to conduct essential work.

The announcement was made in a press statement released by the President’s Office on Saturday night.

According to the President’s Office, government offices will be open from fro 9 am to 1 pm on Mondays, Tuesdays and Wednesdays during the period.

However, the offices will not engage in any work which requires direct contact with customers.

“Government offices have been instructed to only open offices and present employees for work to conduct work which is absolutely essential to undertake during this time, and to limit the number of employees who must report to work as much as possible,” said the President’s Office in its statement.

The President has granted the authority to relevant government ministers and heads of government offices to open ministries and offices outside of the allocated time if there in a pressing need to conduct essential work.

Relevant government ministers and heads of government offices have been instructed to declare the work which will be conducted by the offices during the period, and to share details of the work to Health Protection Agency (HPA). Ministries and offices are required to conduct its work in accordance with the agency’s instructions, policies and guidelines.

And while government offices may be open during the period, the President has urged that government employees not be asked to report to work for tasks they can conduct from the safety of their homes, and to provide as many services through virtual platforms as possible.

Government offices have been closed since March 19, shortly after Maldives identified its first coronavirus case on March 7, and declared a state of public health emergency over the pandemic four days later on March 11.

The populous capital has since become the epicenter of the coronavirus outbreak in the country, contributing to over 1,500 of the country’s 1,633 cases.

While coronavirus cases have increased to 1,633, 242 patients have recovered and five have died from complications.

The decision to reopen government offices for essential services comes with the decision to ease some of the restrictions in a bid to promote economic activity.