Police: Around 1000 expected on streets under shopping permits 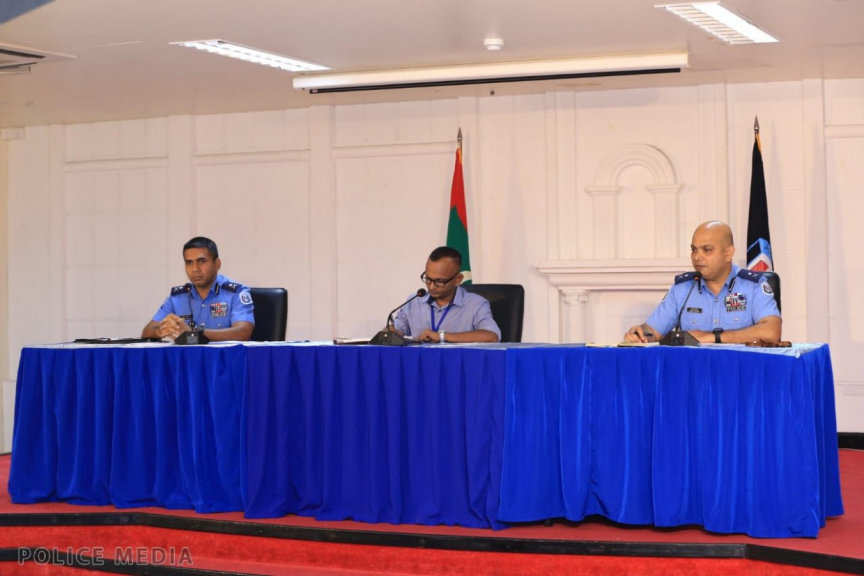 Assistant Commissioner of Police, Dr. Abdulla Phairoosch has said that around 1000 people are expected to be outdoors at the same time under the newly issued permits for the lockdown order on the capital Male’ City.

The new permits come as part of easements introduced to the lockdown order on the capital. Police have now begun issuing the permits which will allow three people to go outdoors for shopping purposes for two hours. Previously, the permits were for one individual from each household for just one hour.

Speaking in an online press conference last night, the ACP said that the new permits would allow access to different areas of the city in a manner that would not allow for congestion.

“(The new permits) are for an hour, for around 1000 people, (the figure) could increase by 200 for grocery or shopping permits. Some may be outdoors under different permits. Businesses are provided 17,000 permits for delivery services.” Said the ACP.

The permits issued for delivery services would also be increased by threefold to 51,000, said ACP Phairoosch who added that the authorities could manage such a figure on the streets.

Previously, 31,000 shopping permits were issued, meaning around 642 individuals could be on the street at the time in the same zones.

Assistant Commissioner of Police Ismail Naveen, also speaking at the presser, cautioned the public to remain aware and alert for the virus despite the easements. He stressed on the importance of social distancing and following the instructions of health officials.

“These passes are not to meet up with friends or to go from one household to the other. We request everyone to adhere to the instructions and guidelines of HPA when heading out with these permits.” Said the ACP.

Shopping permits will be issued through the Police portal. Businesses are issued permits from the Male’ City Council. Private businesses have to apply to the Economic Ministry for permits.

Male' City was under a full lockdown and curfew since April 15 after a community case of COVID-19 was identified in the city. After more than a month, authorities have rolled out some easements due to a manageable situation of the virus in the capital.