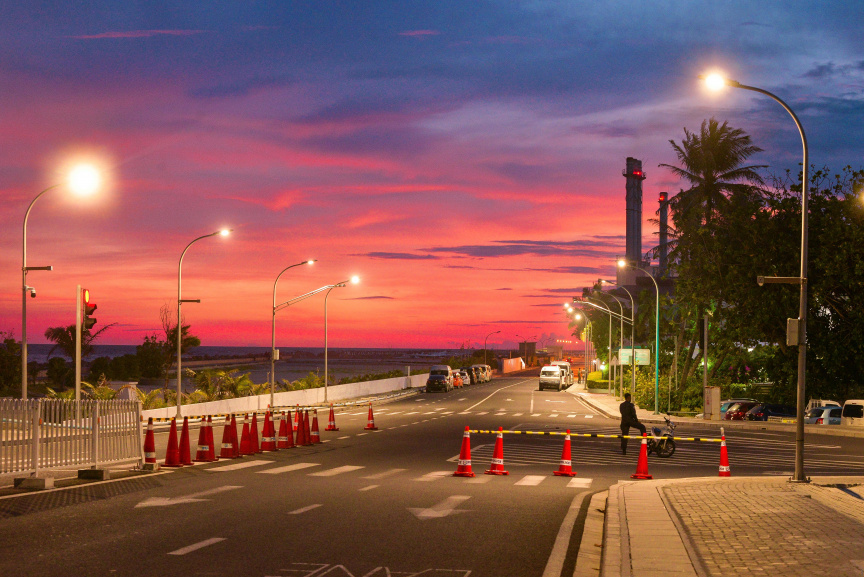 Photo shows the Sinamale' bridge in the capital Male' City, Maldives, empty during the lockdown and curfew order in the Maldives in light of COVID-19. Police are seen maintaining security on the location. (Sun Photo/Fayaz Moosa)

The government has announced lockdown easements to be initiated in the country as part of the first phase.

The first phase is to last for two weeks approximately. Health Minister Abdulla Ameen announced the details in a press conference just now.

The Minister stated that schools, government offices, cafes, and restaurants, as well as gyms and salons, are to remain closed during the first week.

“The first phase of the easements are shaped on the movement of people, the opportunity to conduct economic activities, businesses, transport easements, as well as medical services.” Said Minister Ameen.

The current lockdown order in the capital city is set to expire tomorrow.

Easements to be initiated starting from Friday onwards are:

Areas where the easements would not apply: