Speaker Nasheed: Difficult to bring changes if session was not held 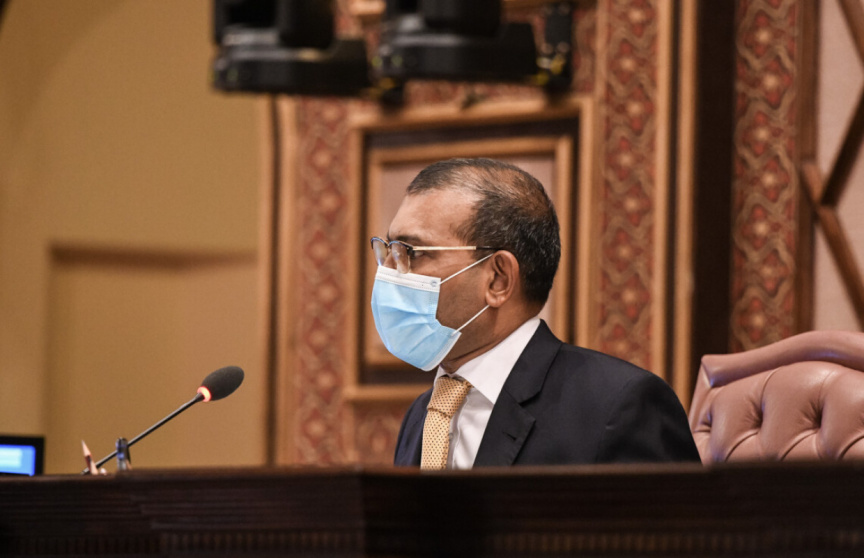 Speaker of Maldivian Parliament Mohamed Nasheed has said that difficulties in bringing changes to the country would be faced if the Parliamentary session today had not been held.

Today, it marked the first day since MPs returned to the legislative building since March 30. Sessions had been conducted online since then.

Before finishing up today’s session, Speaker Nasheed thanked all the MPs o behalf of the public for the important work.

“I believe, that a lot of difficulties would be faced in bringing the changes that the country needs, if today’s session was not conducted in this manner.” said the Speaker.

Nasheed reiterated that MPs were the best positioned to show the ways of ‘New Normal’ and that everyone was aware that the country would have to live with COVID-19.

MPs did however, complain about the difficulties faced in speaking with a mask on. A total of 47 MPs attended today’s session.

Speaker Nasheed also admitted that difficulties were faced in speaking with a mask on, he attempted to address the issue by extending the debate time allocated for each MP. Nasheed said that MPs would get used to it eventually.

The decision to hold sessions had drawn criticism among some, especially after it was revealed that the HPA was not consulted in the matter.

HPA however, did later authorize the session after instructing strict guidelines to be adhered to.