WHO pledges further support as Maldives prepares to reopen schools 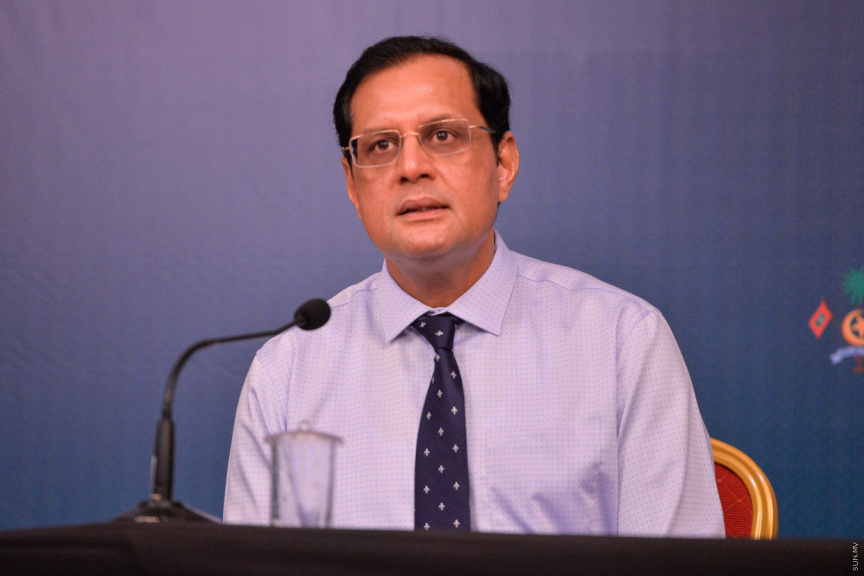 WHO Representative to Maldives, Dr. Arvind Mathur in a function at the National Emergency Operations Center on April 6, 2020. (Sun Photo/Fayaz Moosa)

Education Ministry, on Monday, announced the World Health Organization (WHO) has agreed to provide further support to the preparations to reopen schools in Maldives.

Education Minister Dr. Aishath Ali and WHO Representative to Maldives Dr. Arvind Mathur sat down for a virtual meeting on Monday evening.

Following the conclusion of the meeting, Education Minister announced via its official Twitter account that Dr. Mathur has agreed to provide further support to the preparations to reopen schools through the provision of essential supplies, and by training the staff of schools and others involved on preparedness and sanitation procedures.

The Maldivian government had closed schools to prevent potential outbreak of the new coronavirus in March. While classes initially continued through virtual platforms, the tele-classes were suspended following the emergence of the community outbreak in the populous Maldivian capital Male’ City in mid-April. The classes resumed last Sunday.

Male’ has since become the epicenter of coronavirus outbreak in Maldives, accounting to over 1,300 of the 1,395 confirmed virus cases in Maldives.

The government recently announced plans to ease the restrictions in place to curb the spread of the coronavirus in Maldives, including reopening schools.

While the government has yet to announce a definitive timeline, Dr. Aishath has stated that schools will not be reopened without ascertaining the health and safety of students. She said schools will also have anti-virus measures in place including temperature checks and regular disinfections.

Teachers, students on vacation urged to hurry back home