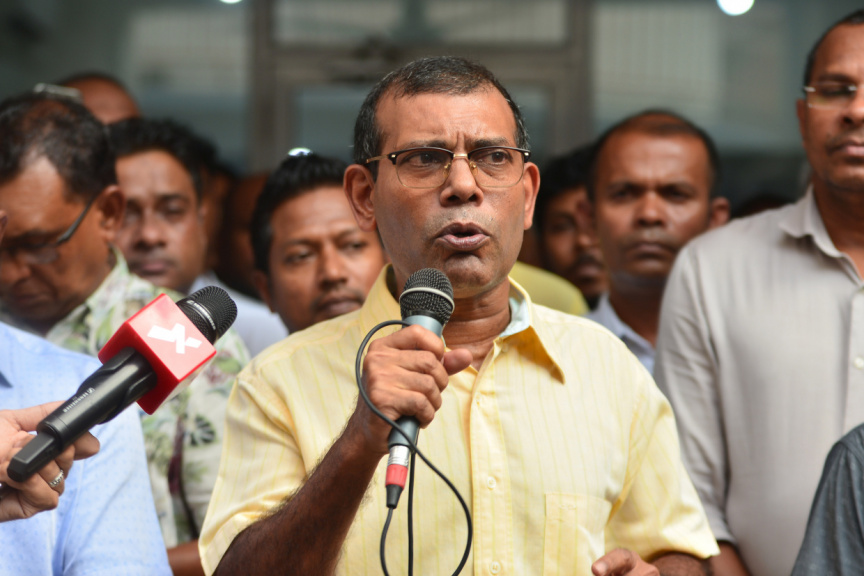 Speaker of the Maldivian Parliament Mohamed Nasheed has said that if the lockdown order on the capital remained in place, the country could suffer more deaths.

Nasheed said so in a message to a Whatsapp group of the Parliament today. Nasheed predicted that the number of Maldivians passing away could increase and a deterioration of the normal life in the country.

He said that the Parliamentarians were the best positioned to show how things can be done with safety measures.

“The Parliament session will be held with safety. No one will meet the other.” Said Nasheed.

He had lamented the fact that the country was placed in lockdown to stop the spread of the virus, which had “was spreading massively”.

The Parliament had announced that sessions were to be recommenced in actuality starting from tomorrow. Nasheed had stated in the Whatsapp group that he had even informed the Director-General of Public Health regarding the impracticality of having to wait until the 28th of this month to begin sessions.

President Ibrahim Mohamed Solih had announced that some of the restrictive measures on the capital are to be eased on May 28th.

The total number of COVID-19 cases in the country currently at 1,395 with 144 recoveries and four deaths.

Authorities imposed a lockdown order on Male' City after the community case. A travel ban was also introduced across the whole nation as a measure to control the virus.