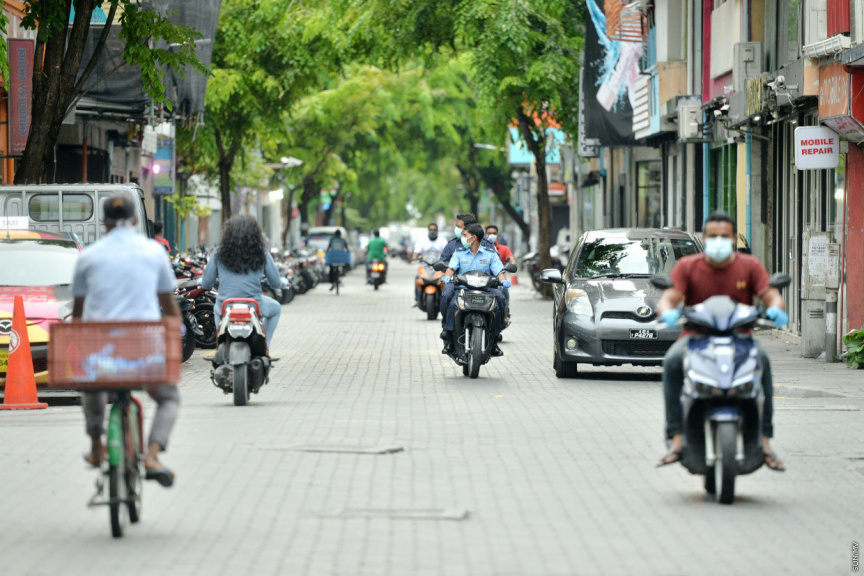 People wear face masks as they drive along a road in Male' City on April 24, 2020. (Sun Photo/Fayaz Moosa)

The government has just announced that the number of recoveries from COVID-19 in the Maldives has increased to 144.

This means that the country recorded 17 recoveries today. Recovery rates of the country have been steadily climbing as of recently.

Smoking inside cafes and restaurants permitted