Scholarships will not be affected by pandemic, says Higher Education Minister 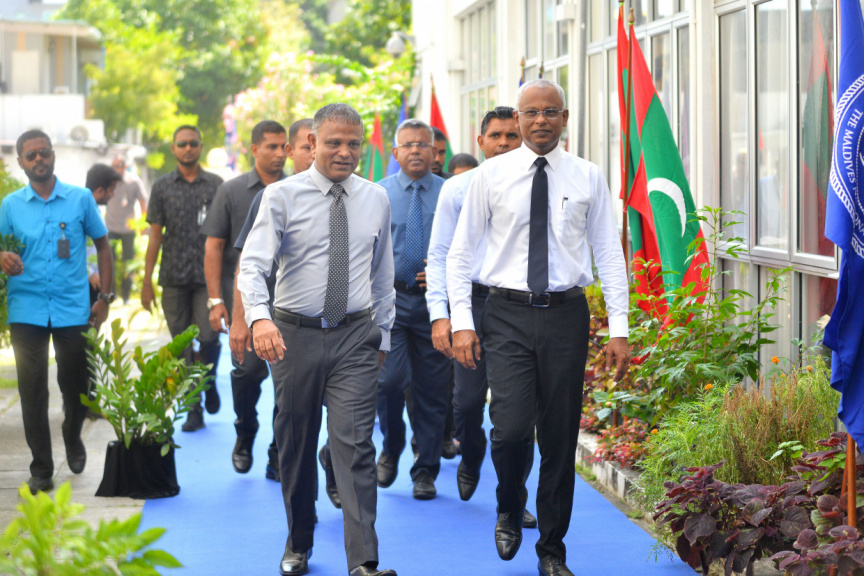 Minister for Higher Education Dr. Ibrahim Hassan has stated that the designated budget for Human Resource Development would not be affected despite the economic issues faced by the country in light of COVID-19.

Speaking in Parliament’s Committee on National Development And Heritage, Minister Hassan said that state scholarships would not be affected due to the virus.

The Minister stated that some institutions have suspended teaching for the time being and it is not known whether it will be discontinued by the next semester.

“We are not considering to suspend scholarships. We wish to provide the opportunities and select students according to our announcements just as the President had pledged.” Said Minister Ibrahim.

He noted that educated youths were the most important asset of any country. The Minister said that a country will not exist if without the development of well-educated youths.

“Even during such a pandemic, in my view…even if things get difficult, we should not touch the budget for the development and training of human resources. It is imperative that the budget remains as it is. That way we can grow technical individuals for such pandemics in the future.” Said the Minister.

The Ministry of Higher Education had opened 550 applications for loan opportunities. Loans for the applications have not yet been released due to a delay in processing.

The Ministry has also assisted Maldivian students stranded abroad in the midst of the pandemic virus.