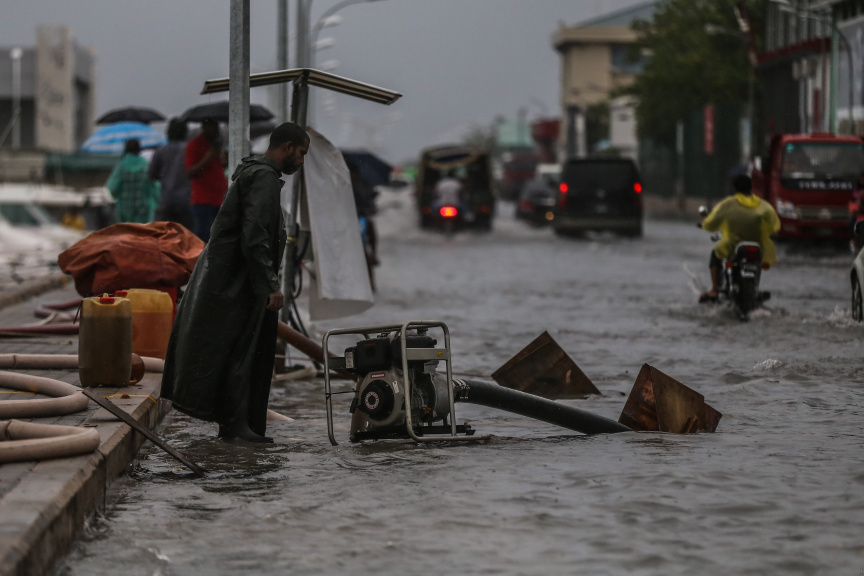 Maldives Meteorological Services (Met Office) has warned that the country could be in for severe weather.

The office issued a yellow alert for the large area of the country in anticipation of the bad weather.

Met Office issued the yellow alert from K. Atoll to Addu City in the south. Winds are expected at around 25 to 220 miles per hour and could increase to 50 miles per hour during gusts.

The Maldives is being indirectly affected by a tropical cyclone formed in the Bay of Bengal. Cyclone Amphan is slowly gaining strength as it lashes at the coasts of the bay. Other than the cyclone, the bad weather in the Maldives can also be attributed to the beginning of the rainy season in the country.

The whole country is expected to face rainy weather for the next 24 hours. Wind speeds would range around 50 to 60 miles per hour during gusts. Storm surges could also affect some islands of the country.