Strong winds attributed to cyclone forming in Bay of Bengal 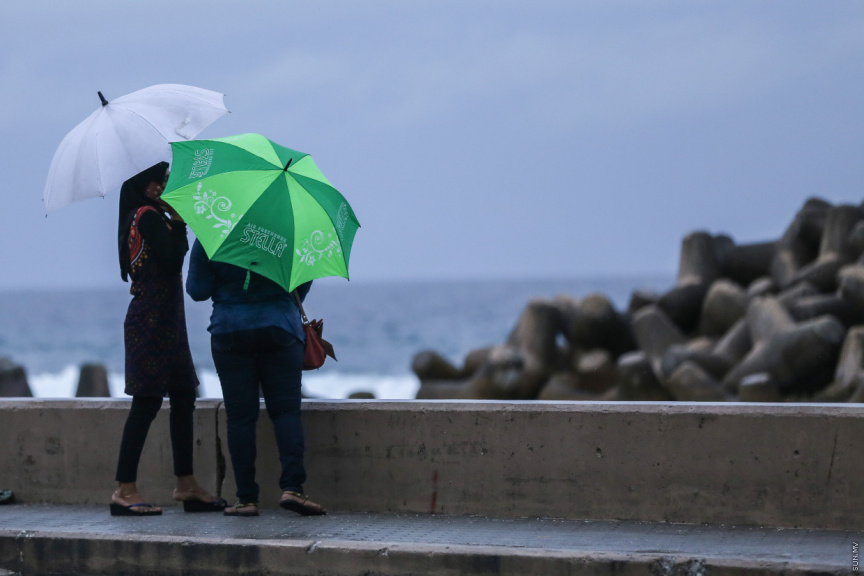 Maldives Meteorological Service, on Saturday, said that Maldives was currently facing the effects of the beginning of Hulhangu (South-West) Monsoon and the indirect effects of a cyclone forming in the Bay of Bengal.

Widespread rain with occasional heavy showers and thunderstorms are being experienced across Maldives. Storms have particularly affected central Maldives over the past 24 hours, resulting in Meteorological Service issuing an orange alert for islands from B. Atoll to F. Atoll – the first time for the service to issue a weather alert advisory higher than ‘yellow’ in its history.

An official from Meteorological Service told Sun on Saturday that the rain being experienced in Maldives was the effect of the Hulhangu Monsoon, and the only difference was the formation of cyclone in the Bay of Bengal – which was also common for the monsoon weather period.

“There was a storm in the Bay of Bengal when the Hulhangu Monsoon came last year too. At that time, the cyclone had already formed,” said the official.

The strongest gust winds over the past 24 hours had been recorded in Hulhule’ with gust winds of up to 48 miles per hour.

The strength of winds in Male’ region had felled large trees and thrown away roofs.

Yellow alert issued for most of Maldives