India sending another ship to evacuate more from Maldives 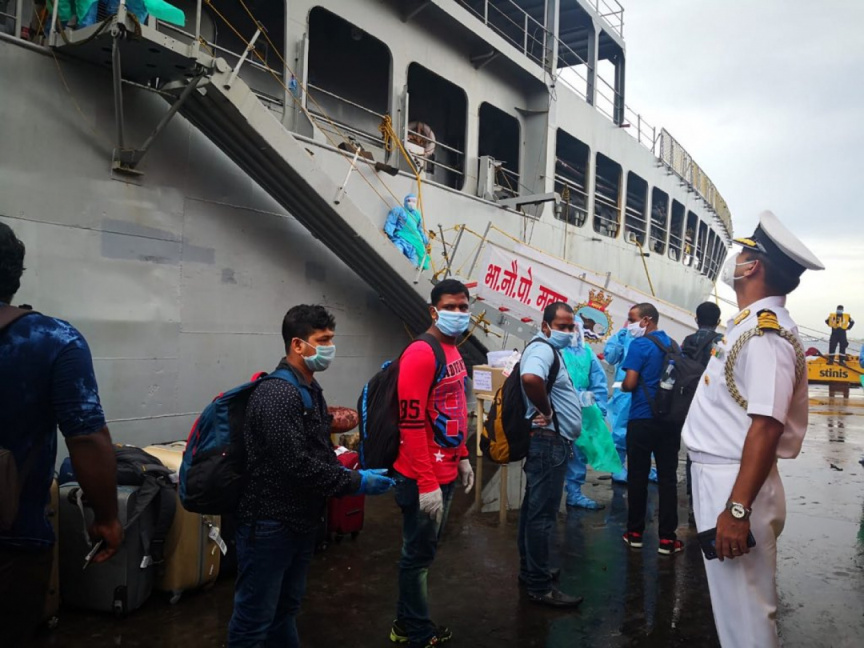 Indian workers board the Indian navy ship INS Magar to be evacuated out of Maldives on May 10, 2020. (Photo/Maldives Ports Limited)

Indian High Commission, on Tuesday, announced that the Indian navy ship INS Jalashwa is scheduled to evacuate another batch of Indian nationals from Maldives this upcoming weekend.

According to the Indian High Commission, INS Jalashwa will journey from Male’ to Kochi on Friday, May 15.

However, the evacuation is solely for residents of the State of Kerala and the Union Territory of Lakshadweep.

The passengers who will travel on ISN Jalashwa will be selected based on requests for voluntary evacuation which has already been received by the High Commission.

According to the High Commission, INS Jalashwa was originally scheduled to travel from Male’ to Tuticorin, but the destination was changed to Kochi following failure to receive approval from the local government of Tamil Nadu.

Meanwhile, India is also planning to hold Air India flights to evacuate residents of other Indian states who live in Maldives. According to the High Commission, the evacuation flights from Male’ will be held to New Delhi, Bangalore, Mumbai, and Chennai.

According to the Indian High Commission, Maldives hosts some 27,000 Indian nationals.

India has evacuated more than 900 Indian nationals from Maldives during the first and second round of its evacuation operation.

The High Commission has stated it is prioritizing evacuating those registered on compelling grounds such as preexisting medical condition, pregnancy, elderly, death in family, stranded tourists, workers who have lost their jobs and destitute cases.