Government: COVID-19 testing facilities will be established in Addu by May end 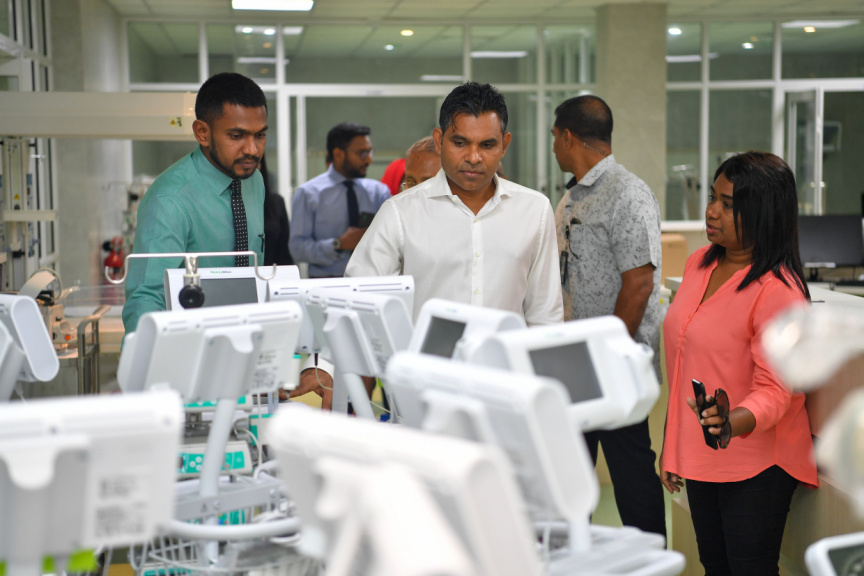 The Maldivian government has provided assurance COVID-19 testing facilities will be established in Addu City in southern Maldives by the end of May.

Vice President Faisal Naseem and Health Minister Abdulla Ameen held a meeting with parliamentary representatives of Addu to discuss the challenges facing the city in response to the COVID-19 outbreak on Monday night.

Following the meeting, Addu Meedhoo MP Rozaina Adam tweeted that Ameen had stated that World Health Organization (WHO) had informed the government a testing facility will be established in Addu by the end of May.

According to a statement by the President’s Office regarding the meeting, all parliamentary representatives from Addu requested that testing facilities be established in the city as soon as possible.

Other topic discussed during the meeting were regarding assisting the Addu residents who remain stranded in Male’ following the lockdown on the capital, establishing a system to ease the delivery of aid to Addu, ensuring Addu receives a steady supply of PPE and other medical equipment, increasing quarantine facilities in Addu and strengthening the security in such facilities, and strengthening law enforcement services.

According to the President’s Office, VP Faisal provided assurance the government would look into the requests made by the parliamentarians, and would arrange for necessary medical equipment and other essentials to be sent to Addu through the National Emergency Operations Center.

“He provided a detailed account of the challenges the government is facing in establishing COVID-19 testing facilities in Addu and other residential islands. He noted that the government was working on resolving these challenges as soon as possible,” said the President’s Office in its statement.

Rozaina has dismissed the motion, stating that it was “clearly politically motivated.”

Addu City had recently imposed a full lockdown after one of its residents who suffered a heart attack and was medically evacuated to Indhira Gandhi Memorial Hospital (IGMH) in Male’ tested positive for COVID-19. However, additional testing conducted on the 43-year-old man came back negative.

The case had sparked fear of a possible undetected community spread within Addu, similar to what happened in Male’.

COVID-19 measures in Hulhumeedhoo extended for a week

'Situation in Addu under control, no community spread'

Nasheed: Likely virus will spread to all islands