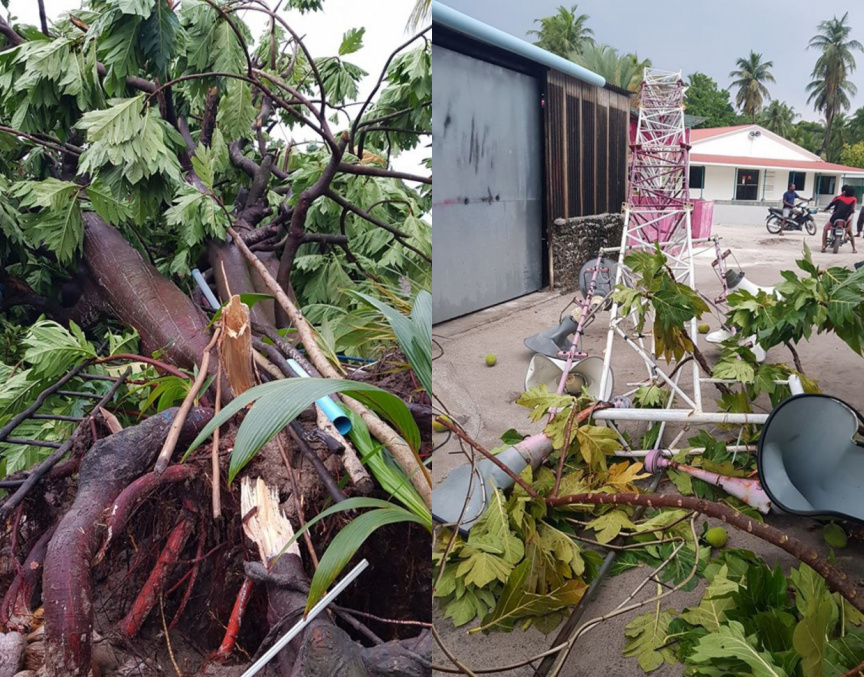 Trees lay fallen on the roads following a tropical storm which passed through R. Vaadhoo on May 6, 2020. (Photo/R. Vaadhoo Council)

A tropical storm rolled through R. Vaadhoo on Wednesday causing damage to properties across the island.

Vaadhoo council president Hussain Ali told Sun the storm rolled through the island at dawn, and felled large trees, some of which fell on houses, collapsing roofs and walls.

Council in-charge Ahmed Ziyau told Sun that it was likely it was a whirlwind which had felled the trees, but that it was yet to be confirmed.

Ziyau said that many large trees in the island were uprooted in the storm.

He estimates the storm to have damaged 80 percent of the island, and 50 percent of private residences.

The council conducted a preliminary assessment of the damage and relayed the information to government authorities in the morning.

Ziyau said that following a public appeal to assist the residents, who had suffered damages in the storm, residents of the island were assisting the council in clearing the roads.

The storm has passed through and the weather has cleared up, he added.

Vaadhoo to go ‘green’ with bicycles and an electric bus