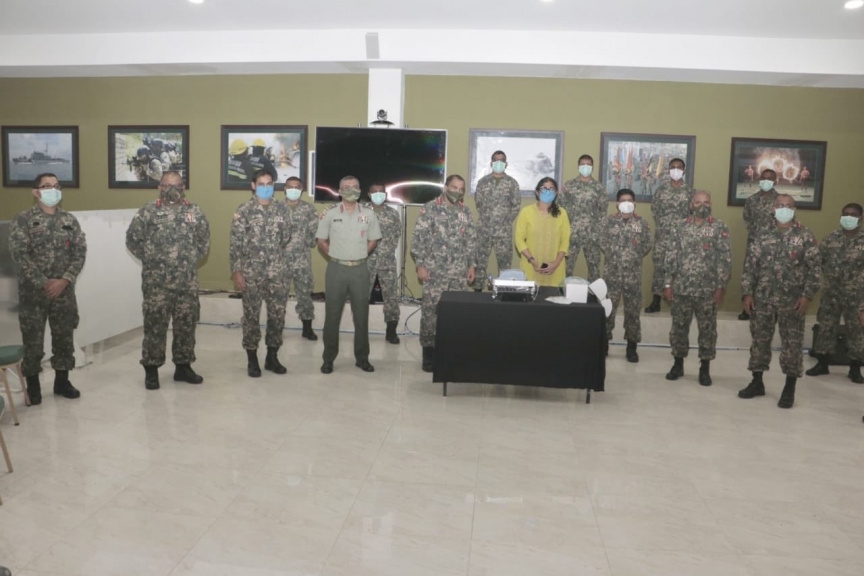 Defense Minister Mariya Ahmed Didi is pictured with senior MNDF officials inspecting a prototype ventilator developed by the Defense Force on May 4, 2020. (Photo/MNDF)

At a time when not just the Maldives, but the whole world was faced with a shortage of medical equipment and supplies, a technical and mechanical team of the Maldives National Defense Force has come up with a working prototype of a ventilator.

Defense Minister Mariya Ahmed Didi tweeted photos of the invention by the defense force and stated that she was in fact very “impressed” with the working prototype.

MNDF stated that since it was still a prototype, the machine will undergo testing and a trial period.

So impressed with @MNDF_Official. They have developed their own ventilator & believe you me it works????????
The last time I tried to witness a Dhivehi made machine was my avvatterin trying to fly a rocket to the moon in Machangolhi junction. I’m still waiting or it to take off???? pic.twitter.com/f0jPu3m7Oi

MNDF’s technical team began the work to develop the ventilator on April 18, two days after the first case of COVID-19 was identified in the capital Male’ City. The ventilator is one of the most important pieces of equipment needed to treat COVID-19 patients whose conditions deteriorate.

Chief of Defense Force, Major General Abdulla Shamaal also tweeted that the invention marked a landmark for the defense force and its capabilities.