Due to their dire situation, virus spread among migrants rapidly 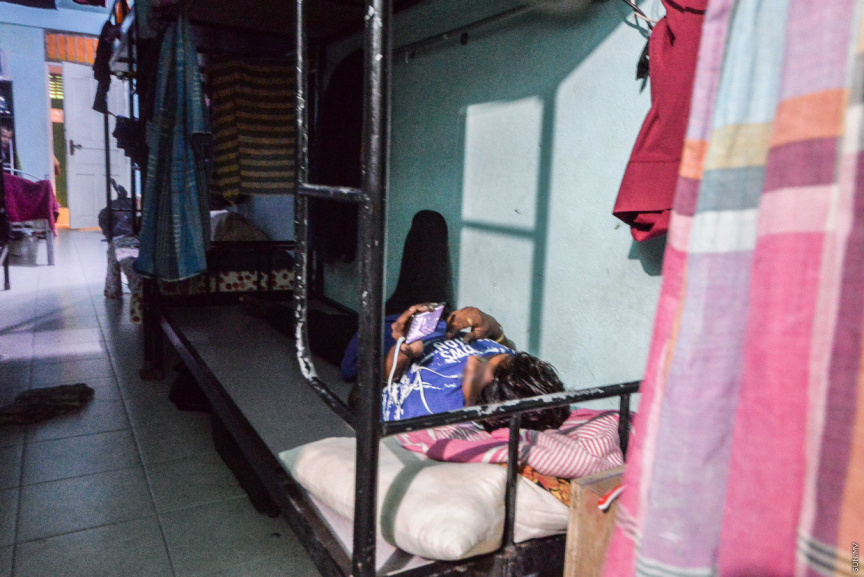 Maldives Red Crescent has stated that the majority of COVID-19 cases in the Maldives originated among the migrant population due to the dire situation that most migrant workers in the country are forced to live in, making them more exposed and prone to the virus.

Speaking in a press conference regarding the fund initiated to assist migrants in dire situations, Maldives Red Crescent president Ali Nasheed stated that concerns over the living condition of many migrant workers in the country was not a new topic and noted that most migrants were living in inhumane conditions.

Such residences posed a high risk of infectious diseases and many of the locations are distributed among the workers on a shift basis for sleeping purposes.

“Many migrants fell ill due to the situation they are forced to live in,” said Nasheed.

He said that the safety of a community can only be guaranteed by ensuring the safety of the most vulnerable people in that community. Maldives Red Crescent would be working with the government to mitigate that situation, said Nasheed.

Due to the rapid spread of the virus among the migrant population, the National Emergency Operations Center (NEOC) has begun work to shift migrants living in dire conditions in the capital to elsewhere. As part of that work, a number of migrant workers were moved to a quarantine facility in Gulhifalhu last night.

“We call on the government to strengthen the efforts to provide migrant workers with medical services and safety, in situations where the congested and overcrowded locations of these workers need to be quarantined or placed under lockdown.” Said Nasheed.