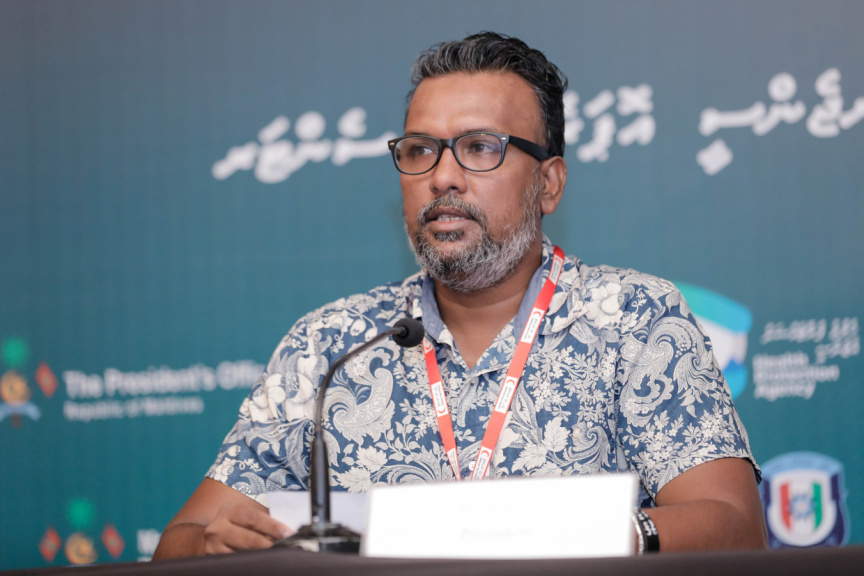 The Maldivian Red Crescent, on Sunday, announced it had set up a fund to assist migrant workers facing dire circumstances amid the COVID-19 outbreak.

At a National Emergency Operations Center press briefing on Sunday afternoon, MRC president Ali Nasheed said the fund had been established on Friday, May 1.

“This fund was established with the purpose of expanding the existing humanitarian efforts by Maldivian Red Crescent to aid migrant workers in distress and to ensure aid reaches those in need in a sustainable manner,” said Nasheed.

The fund will be open until the end of May.

Ali Nasheed said the easiest way to donate money to the fund is through the ‘donate’ button on MRC’s website.

Those who wish to donate may also transfer money to the bank accounts listed on MRC’s website, he explained.

Ali Nasheed said MRC had received MVR 190,000 in the three short days since it opened the fund.

Since the emergence of a community spread in Male’, the number of people who have tested positive has risen to 519, the majority of who are migrant workers. They include 265 Bangladeshis, 52 Indians, three Pakistanis, three Nepalese, and three Sri Lankans.

Following the rapid spread of COVID-19 in Male’, especially within the migrant community, the Director General of Public Health, on Saturday, ordered for all migrant workers in the Greater Male’ Region who are vulnerable to getting infected with COVID-19 to be quarantined in a facility designation by National Emergency Operations Center (NEOC).

'Anonymous' hack on HPA under investigation