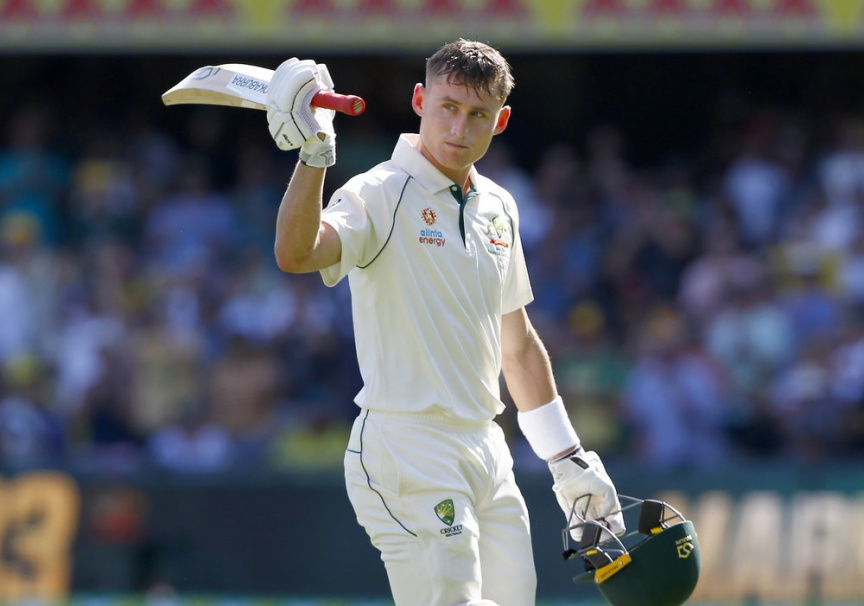 In this Nov. 23, 2019, file photo, Australia's Marnus Labuschagne walks off the field after making 185 runs during their cricket test match against Pakistan in Brisbane, Australia. (AP Photo/Tertius Pickard, FIle)

SYDNEY (AP) — Australia has ended India’s almost four-year run at the top of the International Cricket Council’s test rankings and also moved to No. 1 in the Twenty20 format at Pakistan’s expense.

All international and first-class cricket has been suspended amid the coronavirus pandemic, but the annual update of the rankings on Friday means that results from 2016-17 were eliminated and the results since May last year are given extra weight.

That means Australia moved to No. 1 with a rating of 116 after retaining the Ashes in England and going unbeaten in five tests against Pakistan and New Zealand at home over the southern summer.

Australia coach Justin Langer said his squads had performed on and off the field in recent seasons following the ball tampering scandal in South Africa in 2018 that sent the sport Down Under into a spin.

“We have earned some respect back from other teams around the world but also from Australia,” he said. “When we started on this journey there had been a lot of talk about Australia wanting to be No.1 in the world in all three forms of the game.

“We took a different approach. Not once did we talk about being No.1 ranked in the world, we wanted to be No. 1 in our values and process. That is what I am most proud of.”

New Zealand had back-to-back test wins at home against India to start the year, retaining second place with a rating of 115 and relegating Virat Kohli’s lineup to third spot on 114.

England is on 105 in fourth spot in the test rankings, but retained top spot in the one-day international rankings after winning the World Cup on home soil in 2019 following an extraordinary final against New Zealand.

In the test rankings, Sri Lanka is fifth with 91, one clear of South Africa, followed by Pakistan, West Indies, Afghanistan and Bangladesh.

The ICC said with only two points separating first from third, it’s the closest tussle at the top of the test rankings since January 2016, when India had led Australia and South Africa by a single point. India still leads the ICC test championship, though.

In the ODI rankings, England has a rating of 127 and increased its lead over India from six points to eight. New Zealand is in third.

In the T20 format, Australia heads the list for the first time since the rankings were introduced in 2011. The Australians lead with 278, 10 clear of England and 12 ahead of India.