Minister says tourism could be restarted in third quarter 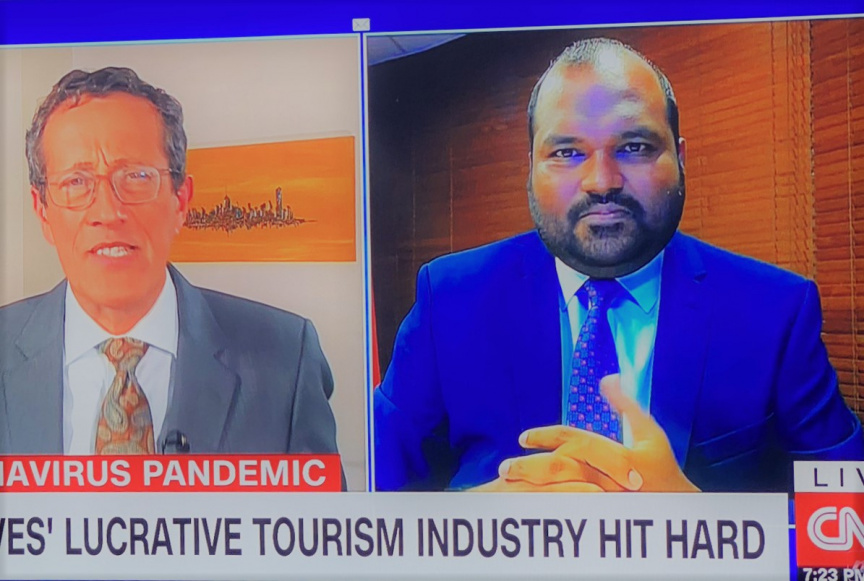 Minister for Tourism Ali Waheed has stated that the country will be working to open its borders and restart the tourism industry of the country by the third quarter of this year.

The Minister was speaking on the “Quest Means Business” program of CNN when he stated that the borders will be opened when the situation with COVID-19 in the Maldives subsided. Discussions are underway with the UNWTO regarding such a move, said the Minister.

The third quarter of the year runs from July to September and Minister Waheed stated that the Maldives was hoping to kickstart the biggest industry of the country by then.

“Our hope is that based on how much we control the virus, to recommence the tourism industry in the third quarter of this year.” Said the Minister.

The country would also ensure that safety measures in line with WHO guidelines would be implemented when the industry is reopened. The measures will be in place at resorts and airports as well. Surveys are currently being done for this, said the Minister.

The entire tourism industry of the country, the backbone of the economy, is at a standstill right now. The country stopped issuing on-arrival visas on March 26. While most of the tourists have departed from the country, some remain.

Minister Ali Waheed also stated that around 500 tourists were currently waiting to depart from the country. They were being accommodated at the Dream Island Resort at the expense of the government which would not differentiate between locals or tourists at this time. Minister added that the country viewed tourists as an important partner in the development strides taken by the Maldives and would be treated with kindness and compassion.

The country is, however, suffering the economic impact of the virus massively. The income of the state has taken a huge toll while businesses and individuals will also see the effects. Cashflow of US Dollars into the country has stagnated and experts have warned that the economic growth of the country could fall by 11 percent.