Economic relief package funds to be released on Sunday 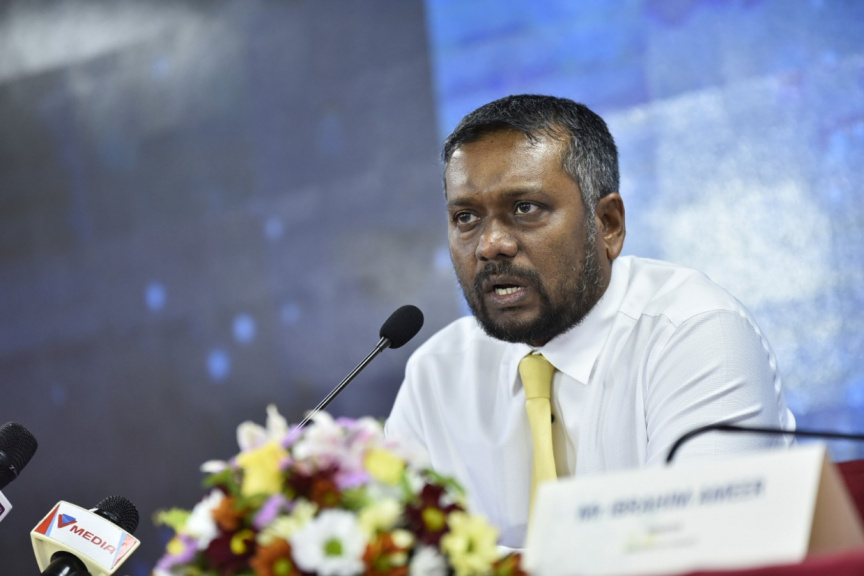 Economic Minister Fayyas Ismail has announced that on Sunday the government will begin releasing funds from the MVR 2.5 billion relief package for businesses to overcome the financial and economic difficulties of COVID-19.

During the meeting of the parliament’s Economic Committee today, Minister Fayyaz stated that the purpose of the package was to allow employers to pay the wages of their staff, assist their businesses without going bankrupt in the next three months.

The package has been described as a breather for businesses to overcome the economic impact of the pandemic virus by the Minister.

The work was interrupted by the lockdown and curfew imposed in Male’ City on April 15. The Minister stated that the work has now recommenced with the HPA allowing employees of banks to attend work.

“To my knowledge, the funds will be released to businesses starting from Sunday.” Said Minister Fayyaz.

He added that not all businesses that applied for the funds would receive it due to policies regarding the application and that the government may not be able to assist the businesses with the amount sought after.

“Under the policy, we believe that on Sunday, we would be able to release funds for 150 or 200 businesses.” Said the Minister.

Companies with an income higher than MVR 10 million in the last year would receive funds through BML. BML has allocated more than MVR 1 billion for the purpose.

Apart from resorts, other businesses would receive funds through the SME Finance Development Corporation (SME Bank).

A grace period of three years and six months have been designated by the government for these loans which are issued with an interest rate of six percent.